Bacon and Potato Frittata with Greens 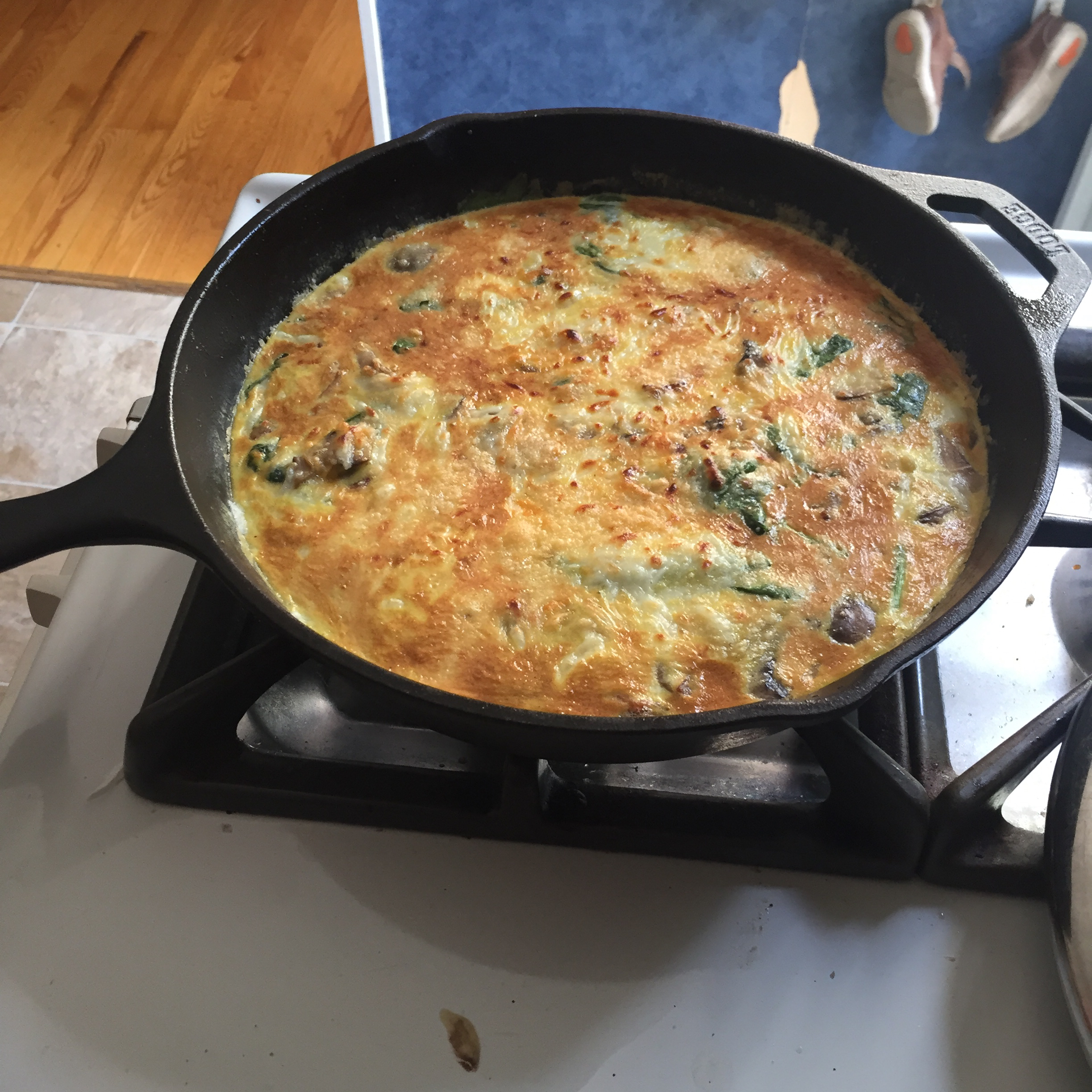 This is a wonderful meal anytime of day or night. My grandfather used to make frittatas quite often. Instead of finishing a frittata under the broiler he would cook it halfway, put a plate on top of the pan, flip the pan over, and slide the frittata back into the pan to cook the other side. Sometimes a frittata would stick; other times the hot oil would drip on him as he performed this maneuver. It was during these moments that I learned all the really good Italian curse words I still use to this day.

Set oven rack about 6 inches from the heat source and preheat the oven’s broiler.

Cook and stir bacon in a large oven-proof skillet over medium heat until evenly browned and crispy, about 10 minutes. Drain all but 1 teaspoon bacon grease from the skillet.

Stir potato slices, water, garlic, red pepper flakes, salt, and black pepper into bacon; cover the skillet with a lid and cook until potatoes are tender, about 10 minutes.

Mix Swiss chard into potato mixture; cook and stir until chard is slightly wilted, 2 to 3 minutes.

Broil in the preheated oven until eggs are set and frittata is golden brown around the edges, 3 to 4 minutes.