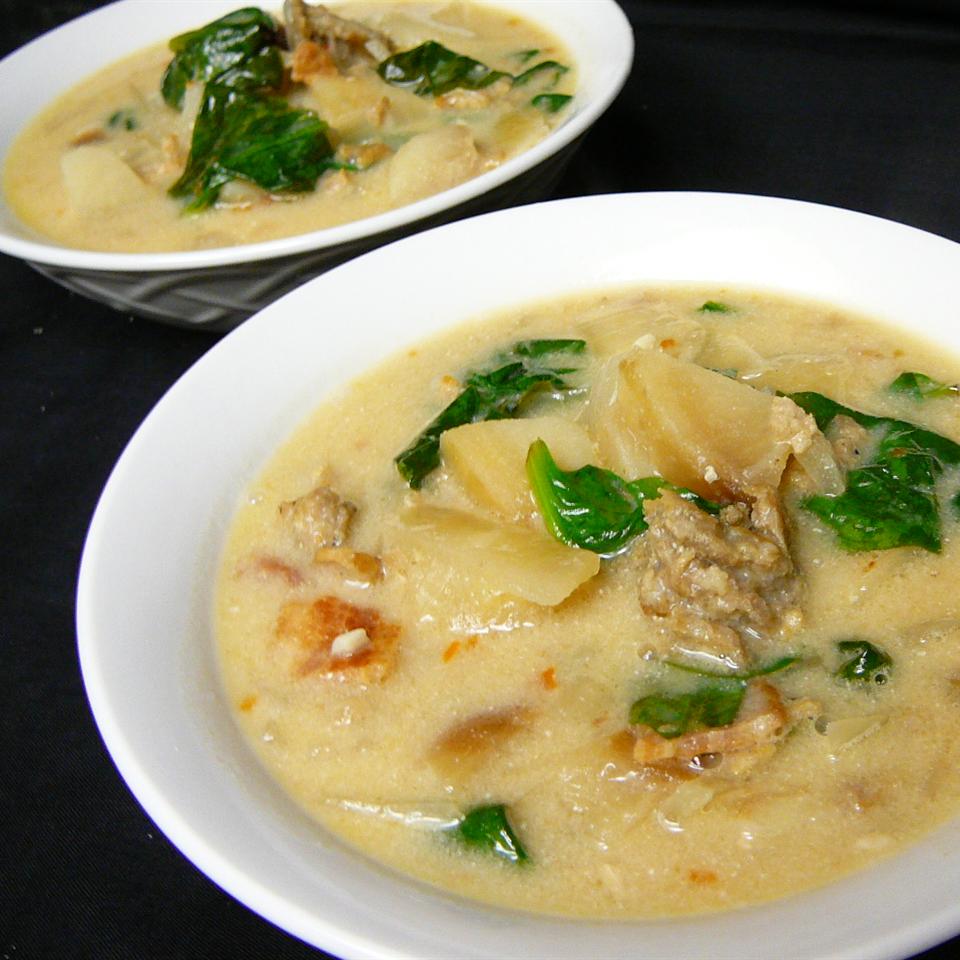 After many attempts and revisions I think my version of this hearty soup is much better and lower in fat than the restaurant dish that inspired it. Enjoy! For a healthier option, use turkey sausage and low-fat sour cream.

Place the bacon in a large skillet and cook over medium-high heat, turning occasionally, until evenly browned, about 10 minutes. Drain the bacon slices on paper towels.

Heat a large skillet over medium-high heat. Cook and stir pork sausage, onion, and garlic in the hot skillet until browned and crumbly, 5 to 7 minutes; drain and discard grease.

Crumble bacon into a large soup pot; add sausage mixture, chicken broth, potatoes, and red pepper flakes. Bring the mixture to a boil, reduce heat to medium-low, and cook at a simmer until the potatoes are soft, 15 to 20 minutes.