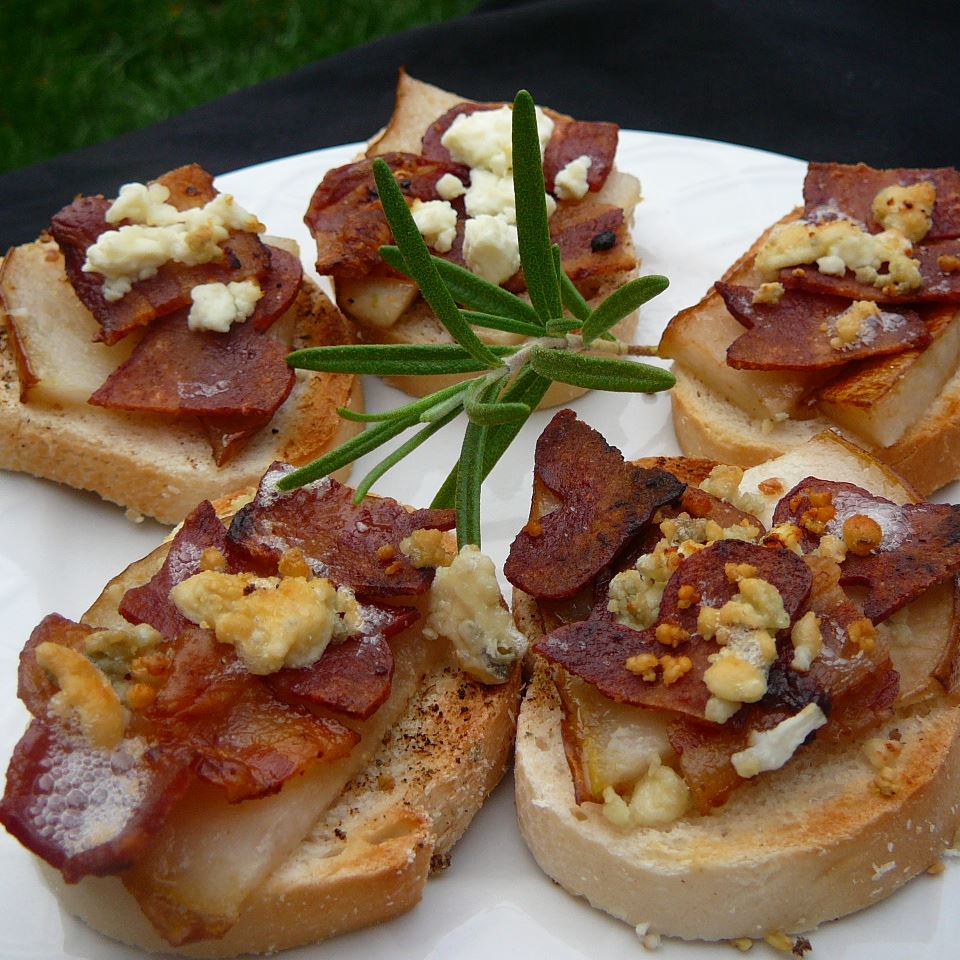 The original idea for this came from a friend. I varied the type of cheese and bread, and added a finishing step to create these tasty little sandwiches. I used low-sodium bacon, however, I think any bacon would work well. Served with a side salad of mixed greens and fresh berries, this makes a great brunch or light supper sandwich.

Place the pear slices in a skillet, and pour in the apple juice. Cook over medium heat until the pears are soft, about 5 minutes. Drain pears and reserve; discard juice.

Meanwhile, place the bacon in a skillet and cook over medium-high heat until evenly brown. Drain on paper towels. Crumble and set aside.

Place the focaccia bread slices on a baking sheet. Divide the pear slices evenly among the bread, and top evenly with the bacon, and then with the blue cheese.

Broil the sandwiches in the preheated broiler until the cheese melts, about 2 minutes.