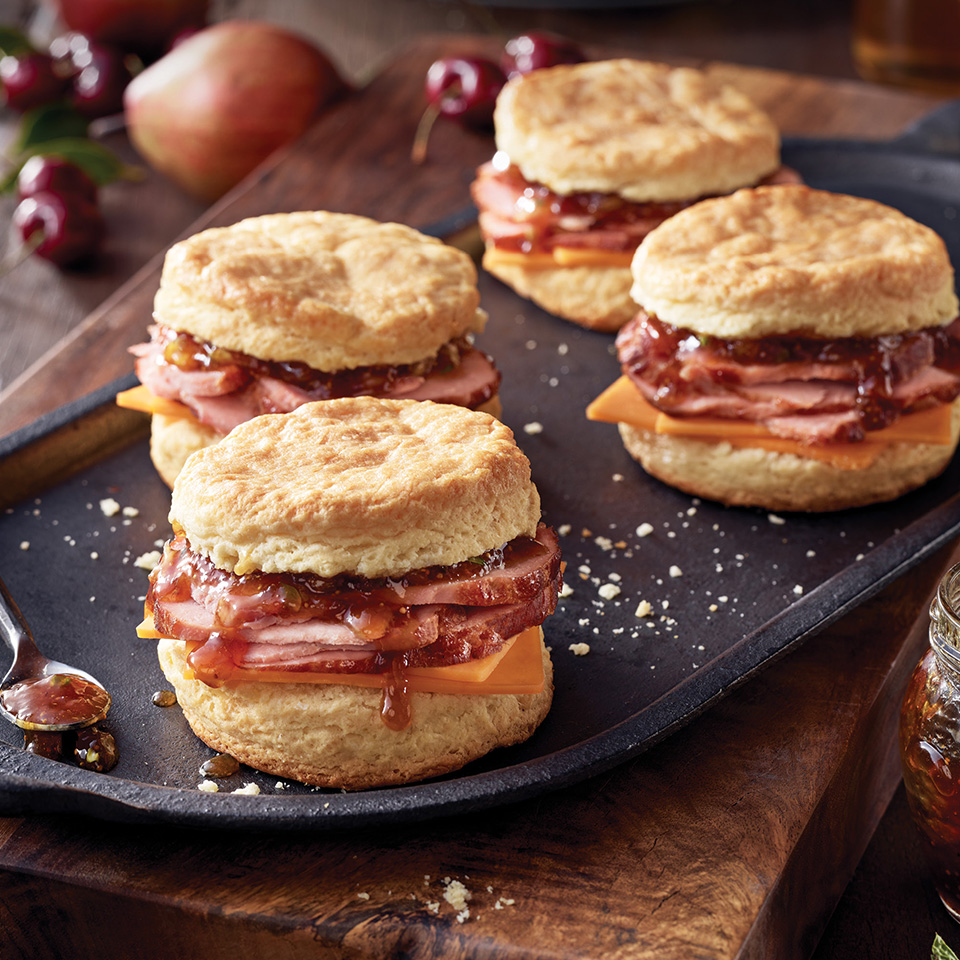 Inspired by the rich traditions born in the rolling hills and hidden waterways of Kentucky, Bold BourbonRidge™ Uncured Smoked Ham embodies the American epicurean spirit and captures the sophistication of the majestic thoroughbreds this region is known for. Masterfully crafted with a refined bourbon and patiently smoked with reclaimed charred oak bourbon barrels, each slice celebrates the heritage and pride of the bluegrass state.

Preheat broiler. Use a serrated knife to cut each biscuit in half horizontally. Spread the room-temperature butter over the top halves of each of the biscuits. Broil until butter melts and biscuits brown at edges, about 1 minute. Transfer to work surface; keep broiler on.

Spread the bottom halves of biscuits with fig jam. Top each biscuit with folded slices of ham, then one slice of cheese. If desired, broil until cheese is melted and ham is heated through, about 1 minute. Crown with the biscuit tops and serve warm.