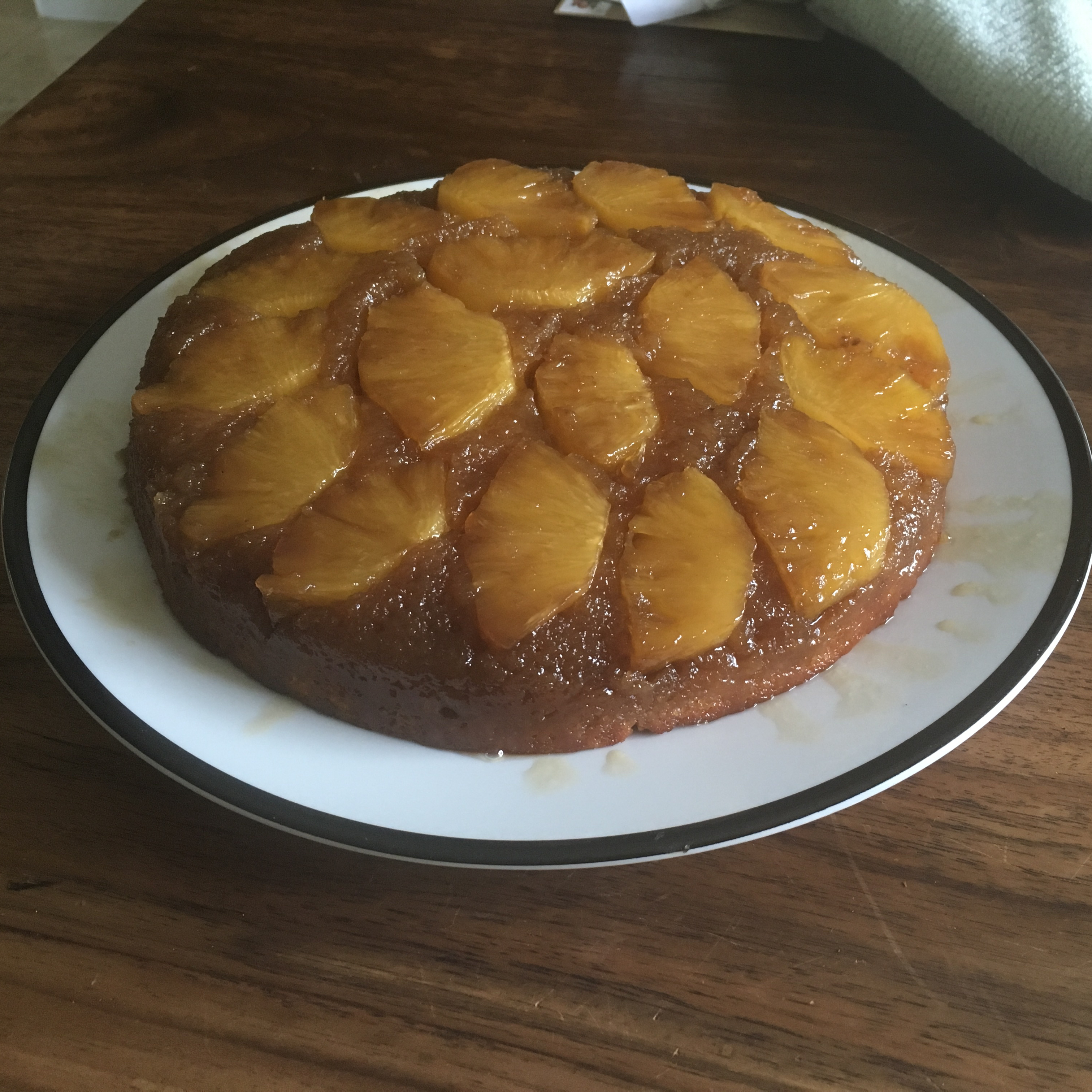 This iconic American dessert looks like a simple, rustic fruit cobbler when it comes out of the oven, all browned and bubbling, but a few minutes later, when it’s turned over and that gloriously caramelized surface is revealed, it becomes so much more.

Remove from heat and spread pineapple slices in a layer over the brown sugar mixture, completely covering the mixture. Set skillet aside.

Melt 1/2 cup butter in small skillet over low heat until the butter begins to brown and release a nutty fragrance, about 5 minutes. Watch carefully, butter burns easily. Remove from heat and let cool for 10 minutes.

Whisk together flour, cardamom, salt, baking powder, and white sugar in a large bowl. Whisk in egg and cold milk until just combined. Pour in melted butter and stir to mix thoroughly.

Pour batter over the pineapple slices in the skillet; spread evenly to cover.

Bake in preheated oven until the cake begins to bubble around the edges, the top is browned, and a toothpick inserted into the center comes out clean, about 30 to 35 minutes. Let cool in the skillet for 10 minutes.

Loosen the cake from the skillet by running a knife around the inside edge of the cake. Invert a large plate over the top of the skillet and flip over, releasing the cake to show the pineapple slices on top.