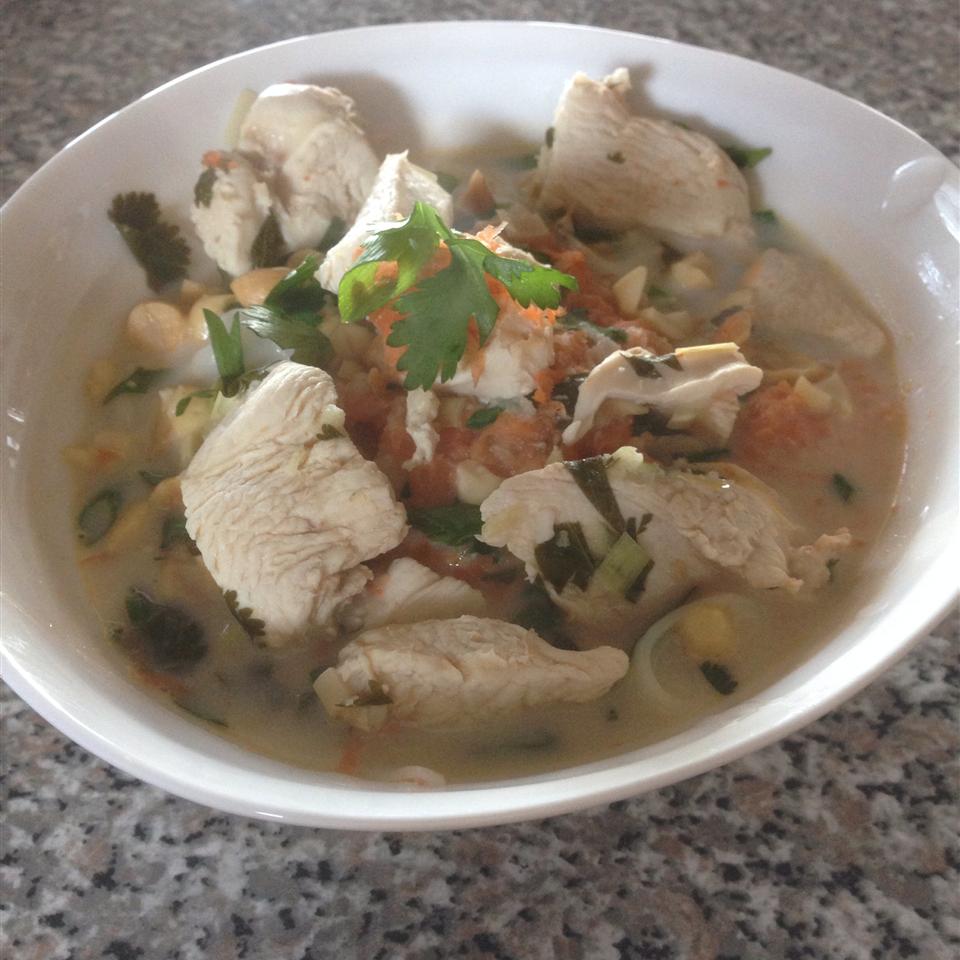 I made this soup after trying it at a Thai noodle house in my area. I just kept playing around with ingredients until I got something similar. I have the seasonings adjusted to my liking, however there is an adjustment guide in the footnotes if you would like a slightly different flavor. This soup is also good with rice or pasta, but ramen seems to be the favorite. You can use any flavor of ramen noodles.

Fill a large pot with water and bring to a rolling boil. Add ramen and cook until softened, about 3 minutes. Drain and portion noodles into serving bowls.