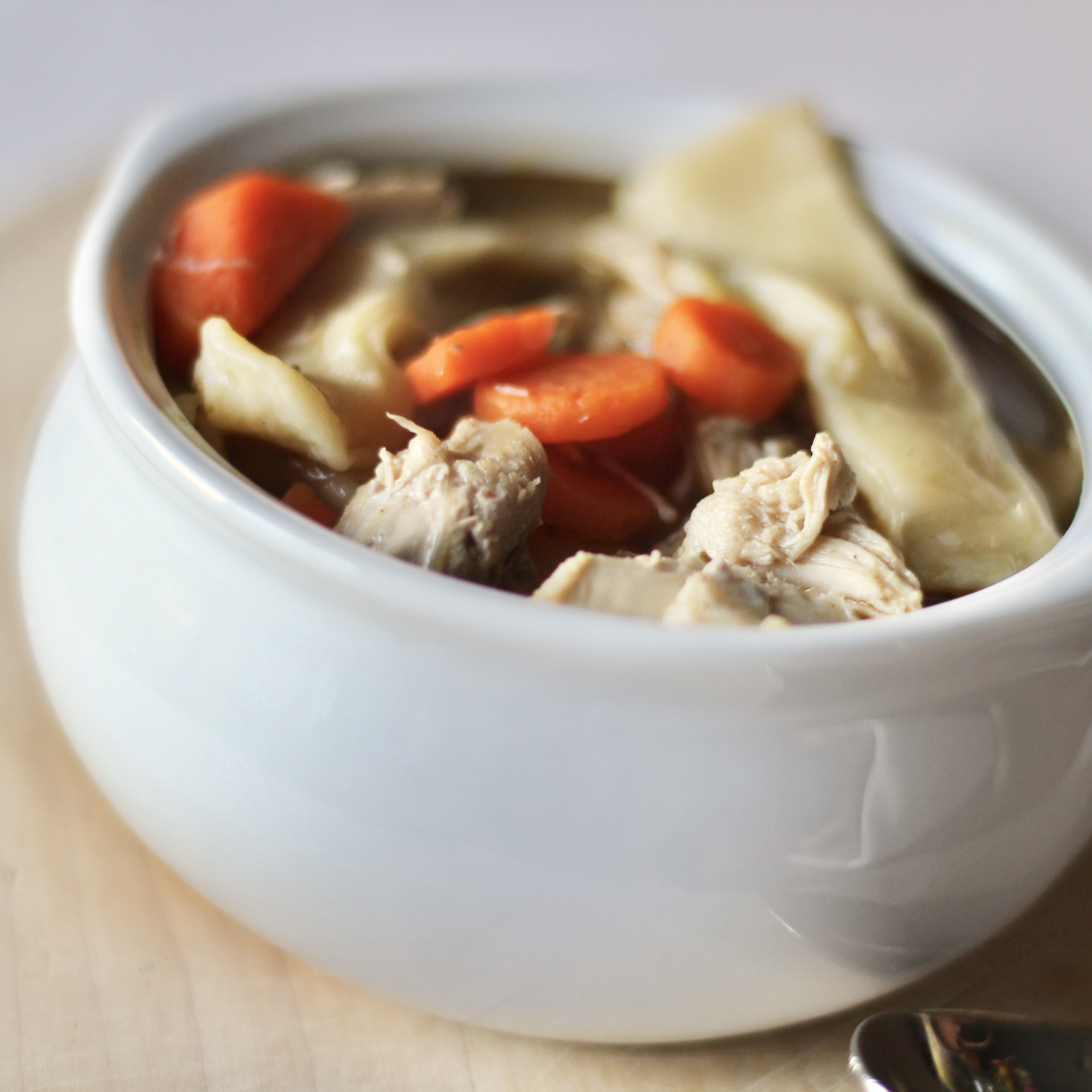 A combination of several recipes I’ve made over the years to make this warm, comforting soup. Great for warm days, sick days, or just any day. I sometimes serve this with mashed potatoes as well! The more flour on the pasta from rolling it out, the thicker your soup will be.

Pour 10 cups of water into a large soup pot over high heat with the leek, halved carrot, 3-inch piece of ginger, and peppercorns.

Bring to a boil, turn heat to medium-low, and place chicken breasts into the broth

Cover the pot with a lid and simmer the mixture until the chicken is cooked through and tender, 20 to 30 minutes.

While broth is simmering, whisk flour and salt together in a bowl; beat in the eggs, butter, and enough milk to make a stiff but workable dough.

Knead the dough in the bowl until smooth and slightly springy, about 5 minutes; transfer to a bowl, cover with a cloth, and allow to rest for 10 minutes.

Roll the noodle dough out on a floured surface to desired thickness (1/4- to 1/8-inch thick); cut into strips.

Remove chicken breasts, transfer them to a plate, and allow to cool. When cool, remove the bones and shred the meat with a fork.

Place strained broth into a large soup pot, bring to a boil, and reduce heat to medium-low. Stir in bouillon cubes, 3 tablespoons of chopped ginger, 3/4 cup sliced carrots, and celery until the bouillon has dissolved. Simmer until the carrots are tender, about 30 minutes.

Gently stir in the noodles, a few at a time. Return broth to a simmer and cook until the noodles are tender, about 10 minutes.

Whisk cornstarch and 1/4 cup of water until smooth; stir half the mixture into the soup and simmer until thickened, about 3 minutes. If thicker soup is desired, stir in remaining cornstarch mixture. Mix in the chicken to serve.