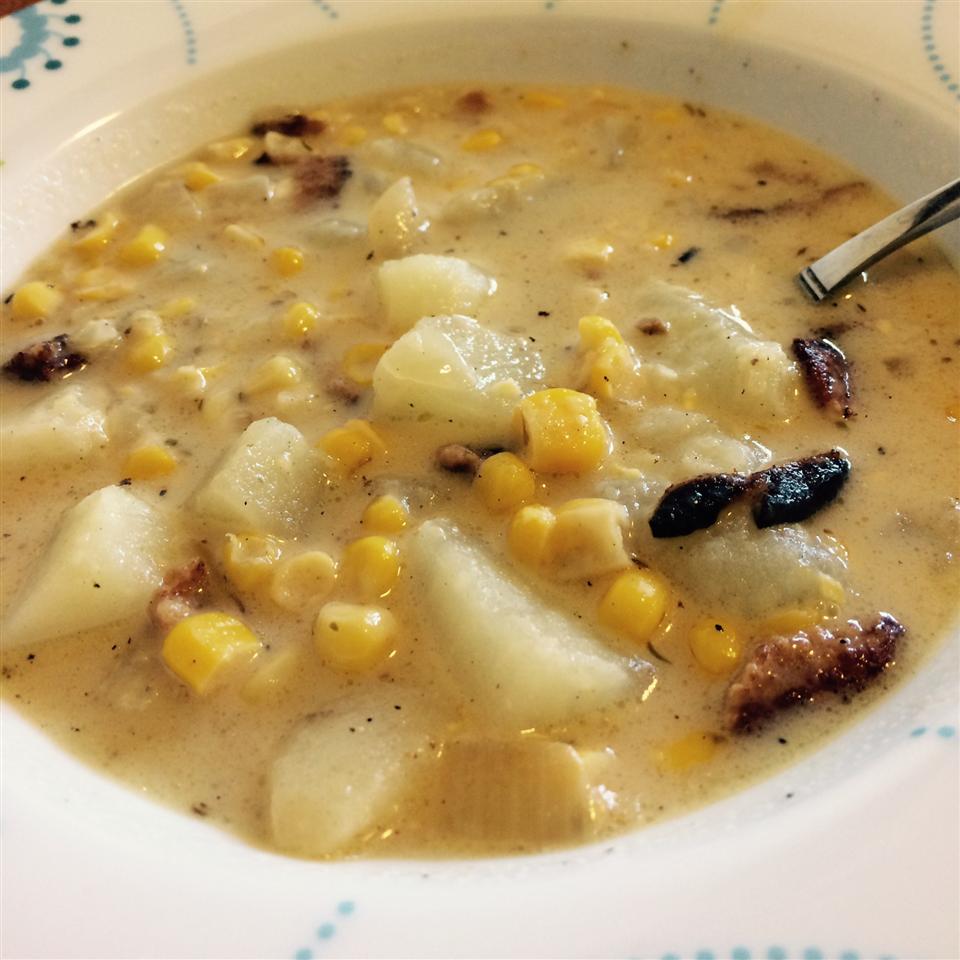 This is a velvety and delicious corn chowder with potatoes and bacon. Two kinds of cheese are stirred in at the last minute, giving this soup an unforgettable flavor.

In a large pot over medium heat, cook and stir the bacon until crisp, about 10 minutes. Drain off grease, leaving about 1 tablespoon in the pot. Break the bacon into pieces in the pot.

Place the onion in the pot, and cook until transparent, about 5 minutes. Mix in the potatoes, and cook until they begin to turn translucent, about 10 minutes more. Stir in the chicken broth, and season with oregano, salt and pepper. Bring to a boil over high heat, then cover, and simmer over low heat until the potatoes are soft, about 30 minutes. Pour in the cream-style corn and whole kernel corn, and cook for 10 more minutes.

Stir in the cream, Monterey Jack cheese, and Cheddar cheese over low heat until the soup is hot and the cheeses have melted. Do not boil. Remove from the heat, and serve.