Cream of Asparagus and Mushroom Soup 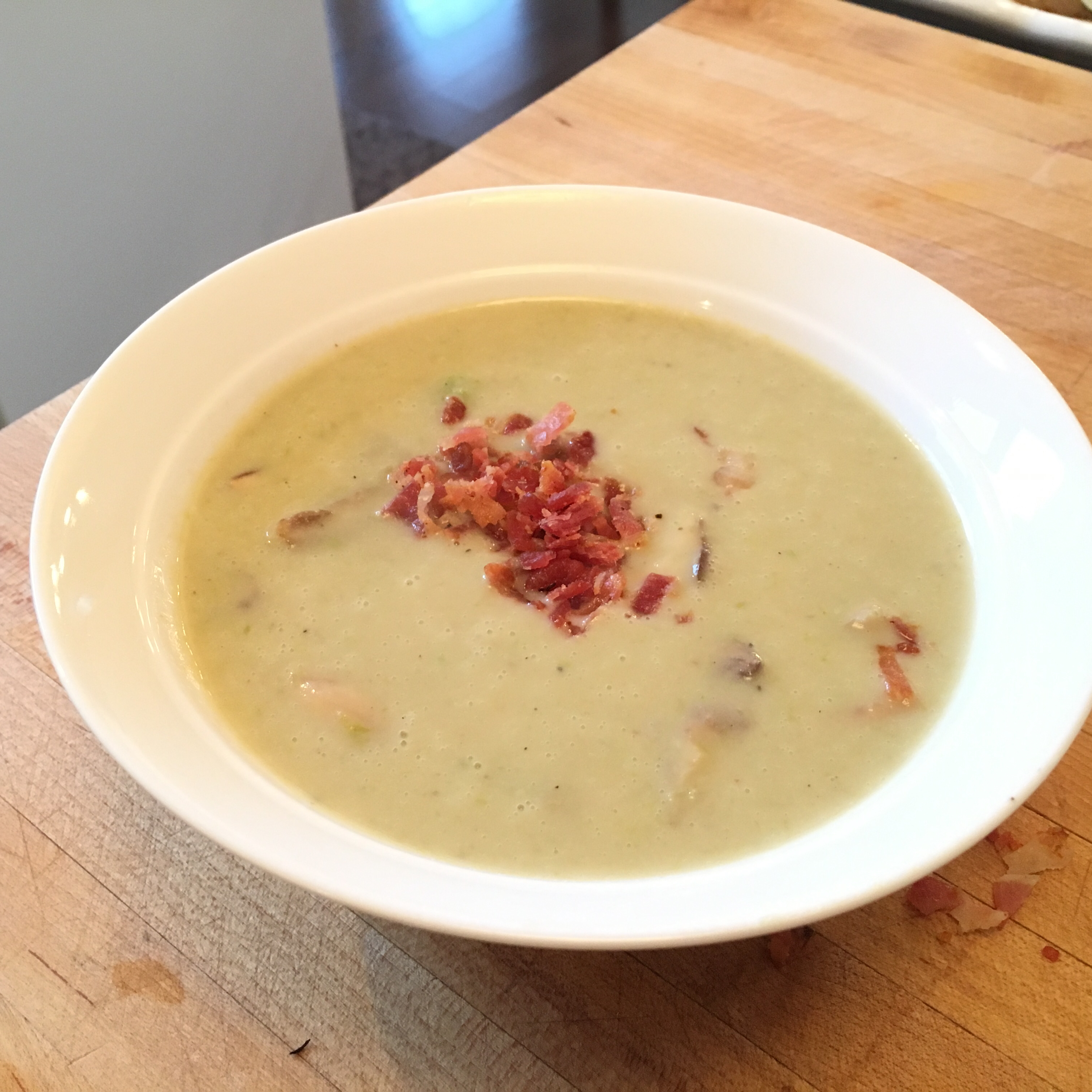 I was on a work trip in Oklahoma City several years ago and had a delicious bowl of cream of asparagus soup at a cute cafe, and I spent a year trying to recreate my own version of this heart-warming soup. With the collaboration of my family’s ideas, I have come up with a version of soup that I serve for our formal holiday meals as a starter course.

Place the bacon in a large, deep skillet, and cook over medium-high heat, turning occasionally, until evenly browned, about 10 minutes. Drain the bacon slices on a paper towel-lined plate. Crumble bacon when cool; set aside. Reserve 1 tablespoon of bacon drippings.

Melt butter with drippings in a saucepan over medium heat.

Cook and stir celery and onion in the saucepan until onion is translucent, about 4 minutes.

Whisk flour into the mixture and cook for 1 minute.

Whisk in chicken broth and bring to a boil.

Reduce heat and simmer for 20 minutes.

Pour the soup into a blender, filling the pitcher no more than halfway full. Hold down the lid of the blender with a folded kitchen towel, and carefully start the blender, using a few quick pulses to get the soup moving before leaving it on to puree. Puree in batches until smooth and pour into a clean pot. Alternately, you can use a stick blender and puree the soup right in the cooking pot.

Cook and stir mushrooms and asparagus tips in the same skillet used for bacon until mushrooms give up their liquid, 5 to 8 minutes. Season with salt and ground black pepper, if needed.