Cream of Potato with Chorizo and Kale Soup 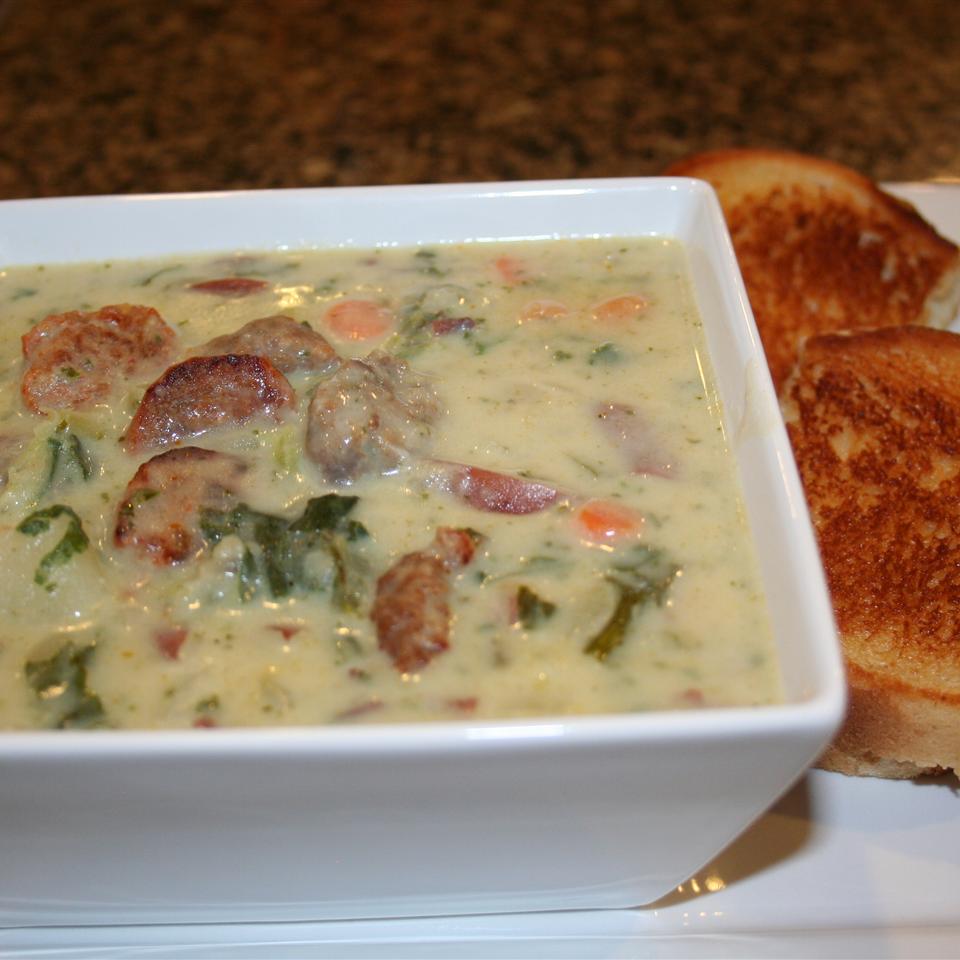 I invented this soup with what I had in my fridge. I live alone, so this version only makes two servings. Scale up for more deliciousness! Garnish with spring onion and serve.

Bring chicken broth and water to a boil in a saucepan; cook potatoes in the boiling broth mixture until soft, 15 to 20 minutes. Mash or blend potatoes into the broth using a potato masher or fork.

Heat vegetable oil in a skillet over medium heat; cook and stir onion, mushrooms, and broccoli stalk until softened, 5 to 10 minutes. Add chorizo to onion mixture and cook over low heat until chorizo is heated through, about 5 minutes; stir in garlic.

Stir onion-chorizo mixture into potato mixture; bring to a simmer. Add kale, about 1/4 cup at a time, to mixture, cooking until kale wilts before adding more. Season soup with salt and pepper.

Reduce heat to low and stir heavy whipping cream and light cream into soup; cook until heated through, about 1 minute.