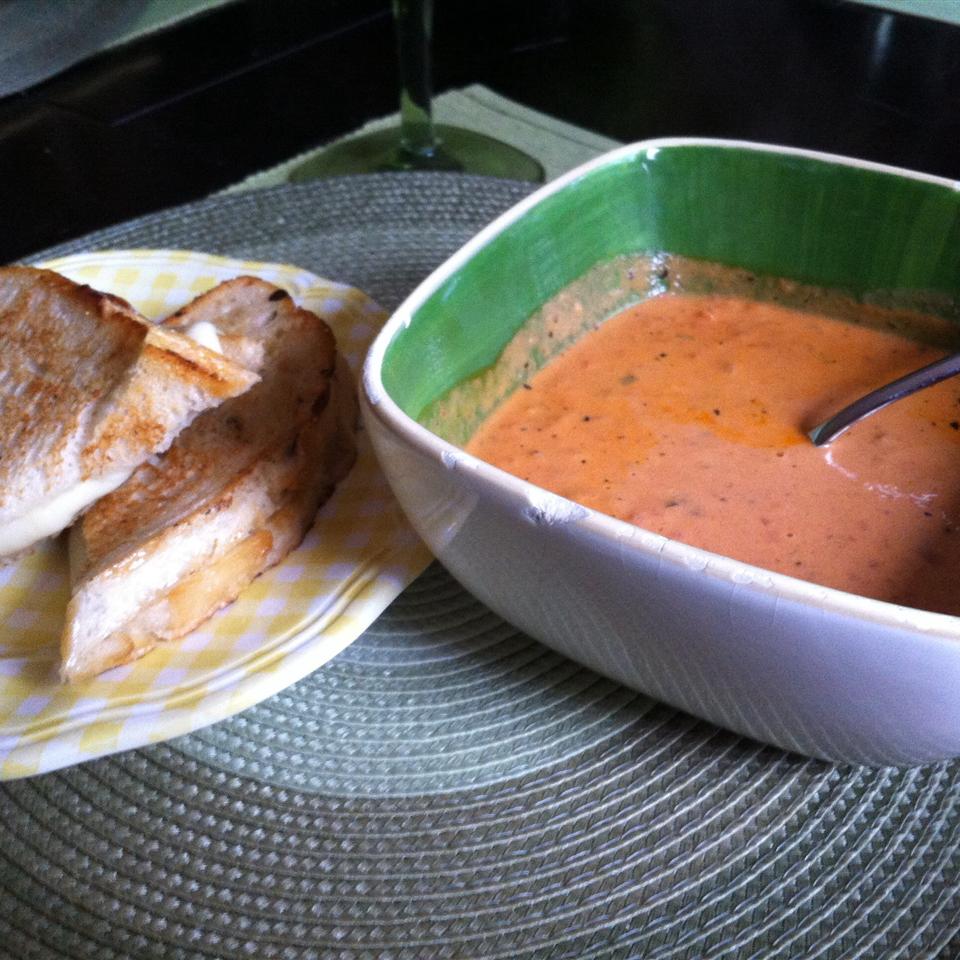 A delectable tomato-basil soup that rivals the famous restaurant version!

Melt the butter in a large saucepan over medium heat until foamy. Cook and stir the onion until golden brown, about 10 minutes. Stir in the tomatoes, anise liqueur, fennel seed, salt, and pepper, bring to a boil, reduce heat, and simmer to blend the flavors, about 30 minutes.

Stir in the half-and-half and basil, and heat on low heat until the soup is hot but not boiling. Puree until smooth with an immersion blender. Alternatively, pour the bisque into a blender, filling the pitcher no more than halfway full. Hold down the lid of the blender with a folded kitchen towel, and carefully start the blender, using a few quick pulses to get the bisque moving before leaving it on to puree. Puree in batches until smooth.