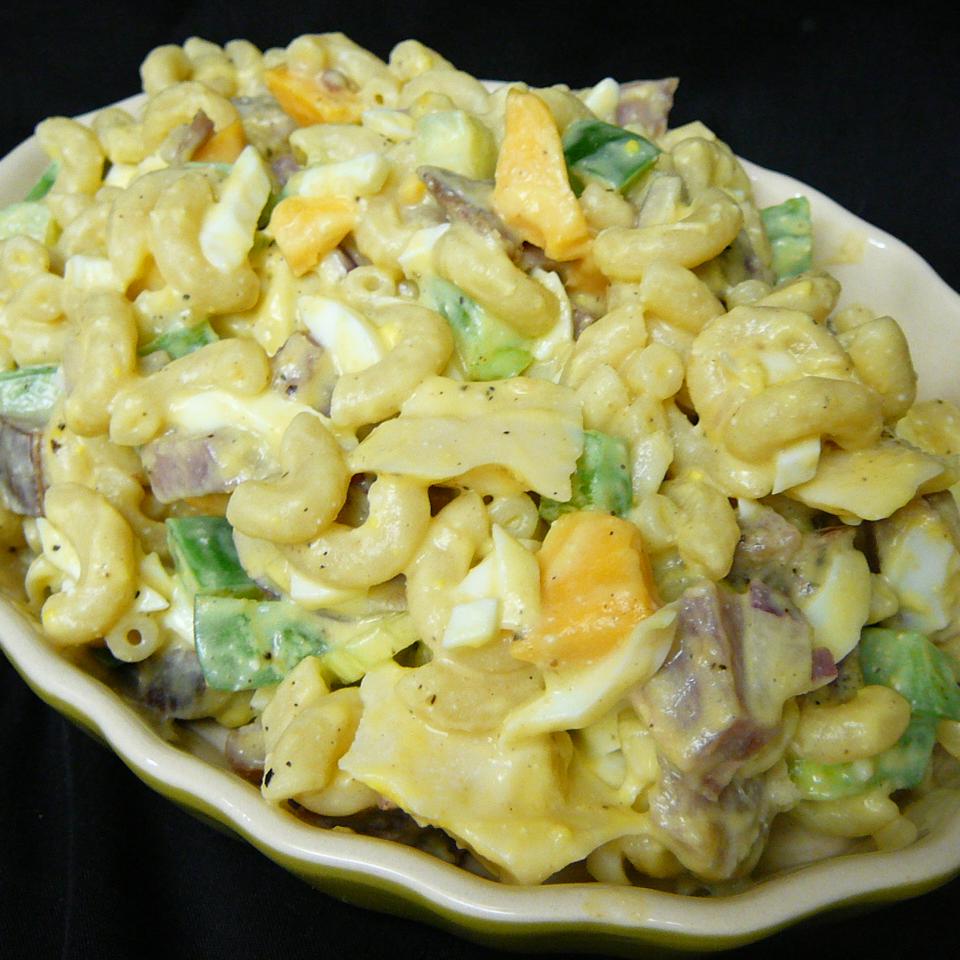 Beef bologna and American cheese make a heavier macaroni salad for a man’s perspective. Good, and always gets snarfed up wherever I take it.

Bring a large pot of lightly salted water to a boil. Cook elbow macaroni in the boiling water, stirring occasionally until cooked through but firm to the bite, 8 minutes. Drain and cool under running water until chilled. Transfer to a large salad bowl.

Stir creamy salad dressing and mustard into the salad and season with black pepper. Cover salad and chill in refrigerator until serving time.