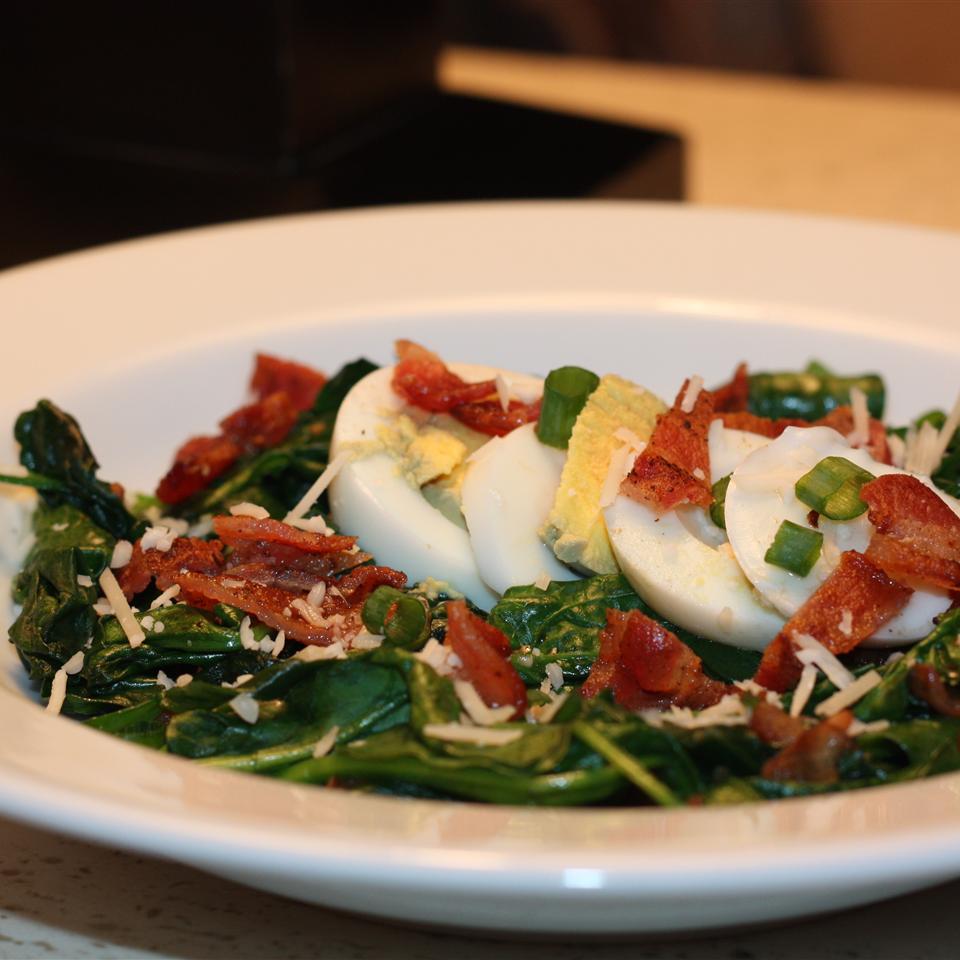 I came up with this recipe the same way I think a lot of cooks come up with new ideas - by sticking my head in the refrigerator and wondering what I could throw together with what I had. It turned out to be easy and very tasty so I thought I would share.

Whisk red wine vinegar, seasoned rice vinegar, anchovies, and white pepper together in a bowl until dressing is evenly mixed.

Heat olive oil in a large wok or skillet over medium-high heat; saute onion and garlic until onion is transparent, 5 to 10 minutes. Lower heat to medium. Add spinach, working in batches, to onion mixture, tossing and mixing until spinach wilts, 1 to 2 minutes.

Transfer spinach mixture to a serving bowl; top with egg slices and bacon.

Pour dressing into the wok; bring to just under a boil while scraping the browned bits of food off of the bottom of the pan with a wooden spoon. Pour dressing over spinach mixture; sprinkle with green onions and Asiago cheese.