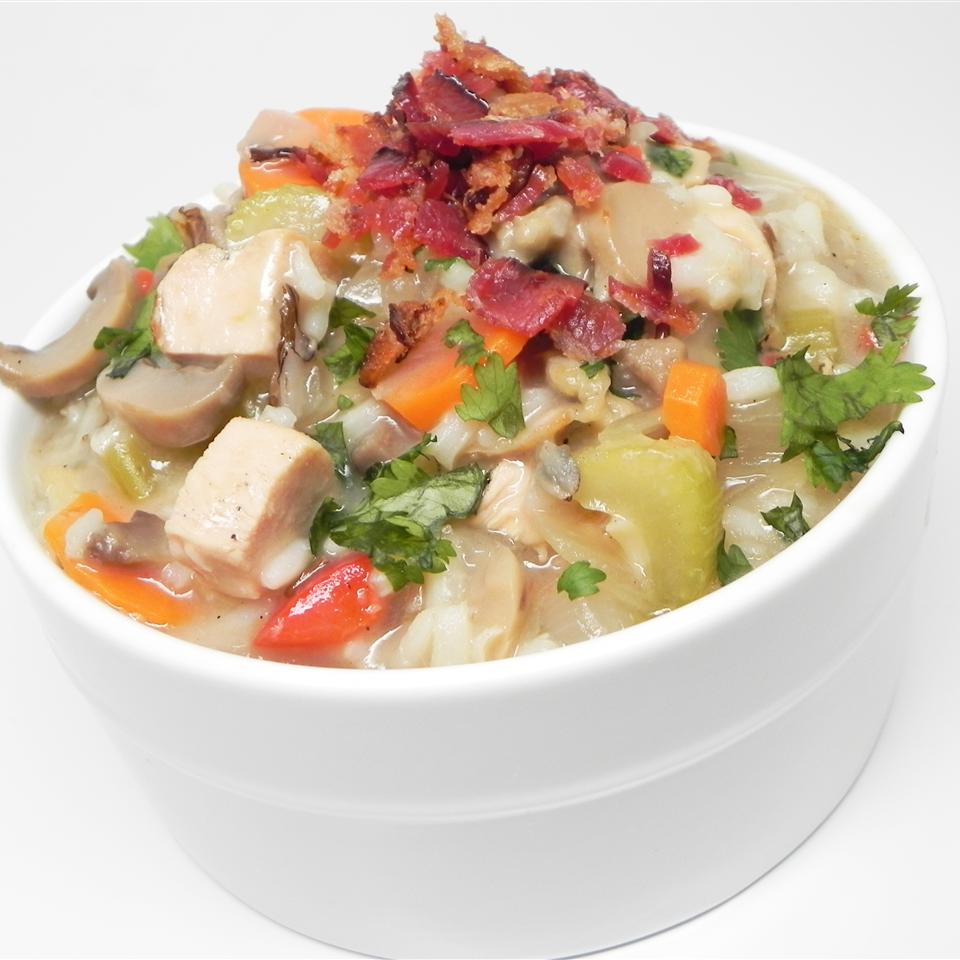 Great easy to fix soup for those cold fall days.

Place the bacon in a large skillet and cook over medium-high heat, turning occasionally, until evenly browned, about 10 minutes. Drain the bacon slices on paper towels.

Crumble bacon into a large pot; add cream of mushroom soup, chicken broth, chicken, mushrooms, wild rice, onion, celery, and bell pepper. Bring the mixture to a boil, reduce heat to medium-low, and cook at a simmer until the rice is completely tender, about 2 hours. Stir water into the soup as needed to keep it from being too thick.