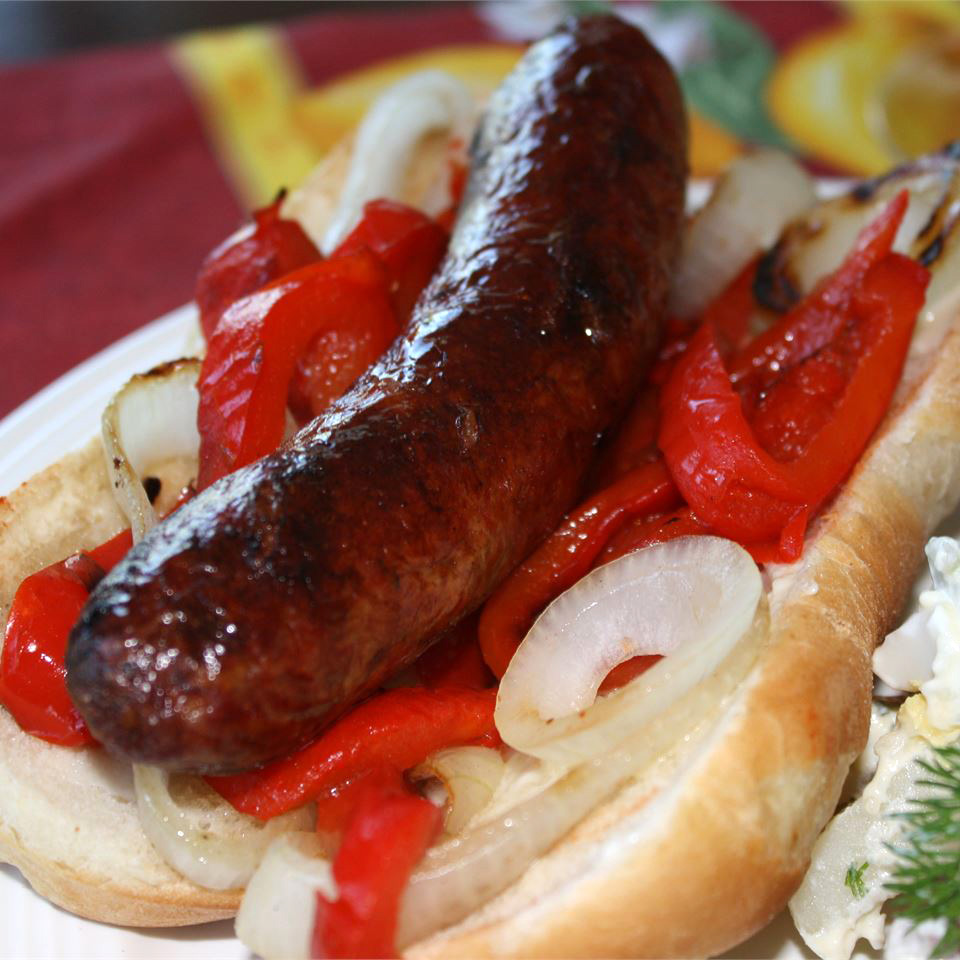 These delicious grilled sausage sandwiches are my attempt to duplicate the ones I ate when I was growing up and attended Italian street festivals in the North End of Boston. They come together really quickly, and make a great summer lunch. Choose hot or mild sausages as you prefer.

Preheat an outdoor grill for medium heat. Lightly oil grate, and set 4 inches from the heat.

Pierce the sausages in a few places with a fork, and set aside. Slice off the bottoms of the onion halves so they will sit flat on the grill. Brush the bell pepper and onion halves with 2 teaspoons of olive oil.

Place the peppers in a paper bag, close, and cool slightly. Remove and discard the charred skin from the peppers; slice peppers into strips. Slice the onion halves. Place salt and pepper to taste, and 1 tablespoon olive oil in a bowl. Add the peppers and onions, and toss until evenly coated. To serve, place sausages in sandwich rolls, and top with the pepper and onion mixture.