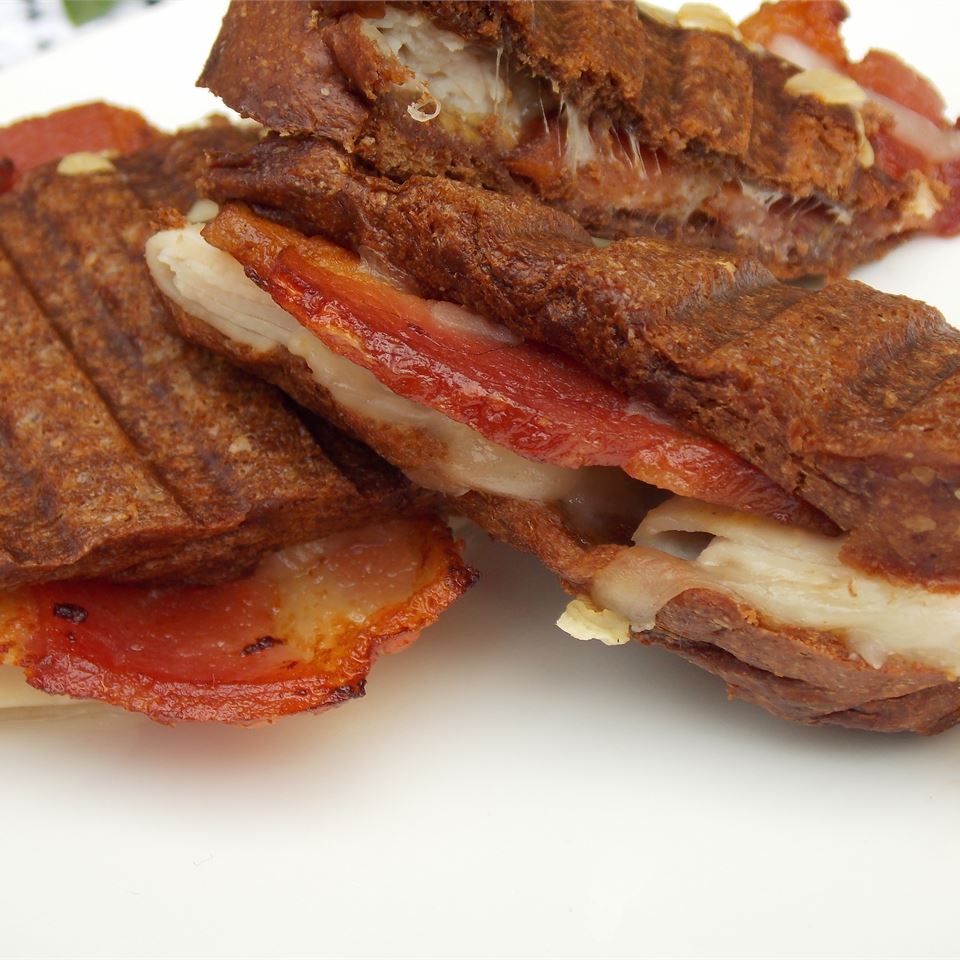 Make this tasty grilled sandwich using deli-sliced maple turkey on black raisin bread or any other bread with raisins. Regular deli-sliced turkey can also be used.

Place bacon into a skillet over medium heat, and cook until crisp. Remove, and drain on paper towels. Drain bacon grease from skillet. Add maple turkey to the skillet, and cook briefly, just long enough to heat through.

Butter both sides of the bread. Layer one slice with two slices of the Swiss cheese, then layer with the maple turkey, and the bacon. Drizzle with honey mustard, and top with remaining two slices of Swiss cheese. Top with remaining bread slice, and cut sandwich in half. Return sandwich halves to the skillet, and cook over medium heat, turning once, until cheese begins to melt, 4 to 5 minutes.