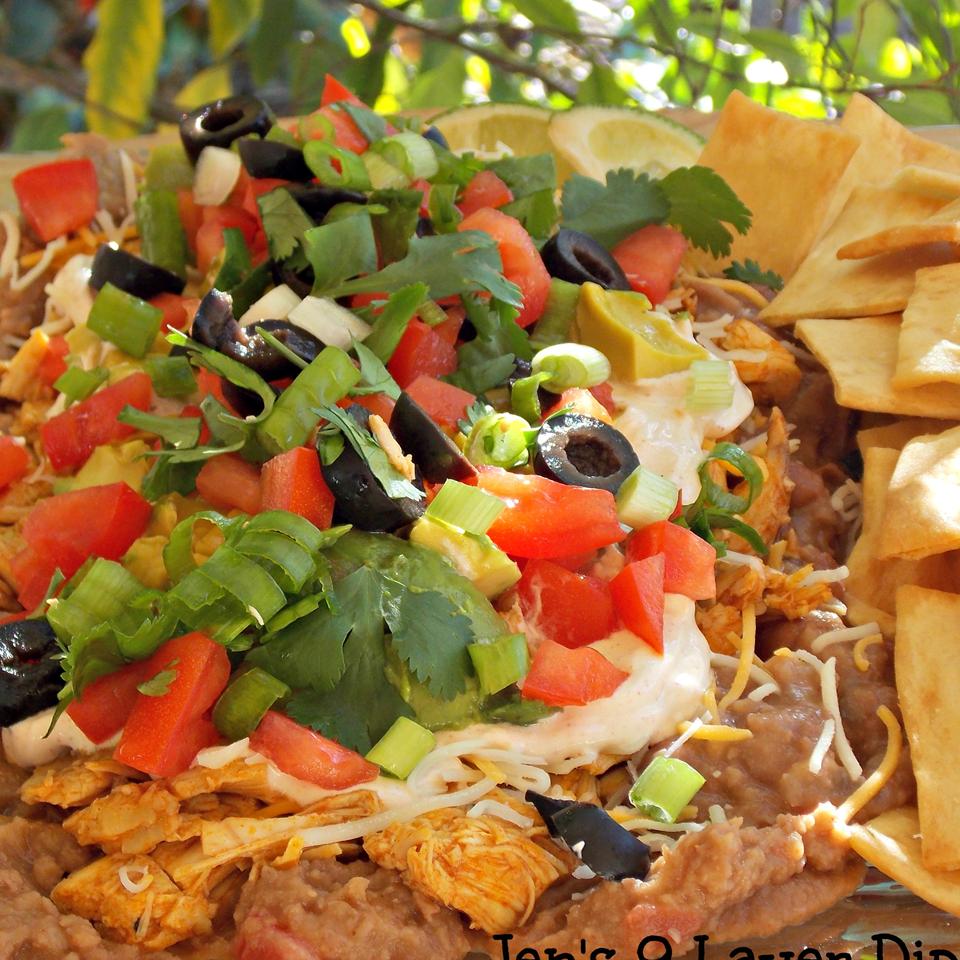 Can also be made without chicken as an 8-layer dip, or omit bacon, too, for vegetarian. Serve with tortilla chips. A clear 8x8 pan is good for this.

Place the chicken, 1 1/2 tablespoons of cilantro, and vegetable oil in a skillet over medium heat, and pan-fry the chicken breasts until lightly golden brown, no longer pink in the middle, and the juices run clear, about 5 minutes per side. Remove the chicken and set aside. When cooled, cut into cubes.

and sour cream together in a bowl.

To assemble, spread the hot bean and bacon mixture into the bottom of an 8x8-inch glass dish. Sprinkle the chicken cubes over the bean mixture, then follow with these layers: 3/4 cup of Cheddar cheese, guacamole, sour cream mixture, and sliced tomatoes. Sprinkle the top with 1 1/2 tablespoons of cilantro, black olives, green onions, and 1/4 cup of shredded cheddar cheese.