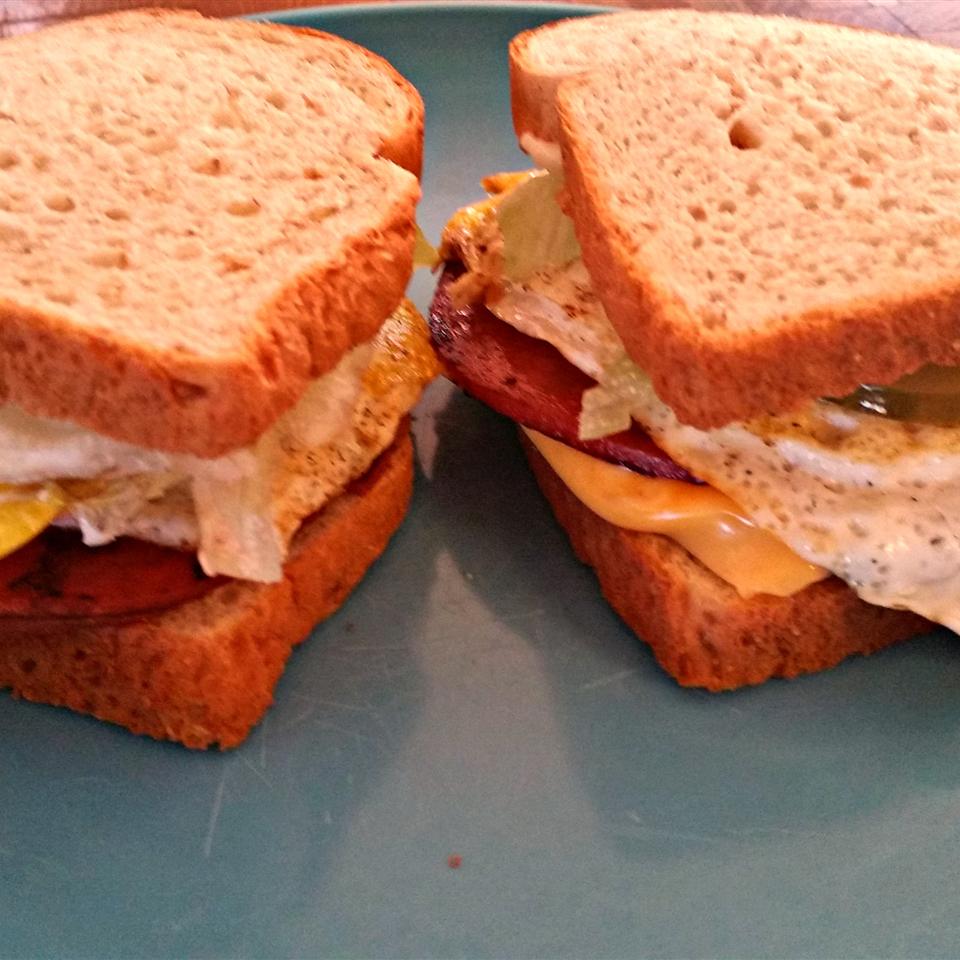 A memory of a great sandwich from my childhood my Mother would make. Always a treat for morning, noon or night meals. These are so good, everyone should try them. Let me know how you like them. Serve with your favorite chips.

Heat a small skillet over medium heat. Cook the bologna slice in the hot skillet until it it hot and beginning to brown in spots; set aside. Melt the butter in the skillet, then crack the egg into the butter. Reduce heat to medium-low, and cook until the yolk begins to firm around the sides. Turn the egg over, and continue cooking until the yolk is solid, about 4 minutes total. Season the egg with salt and pepper to taste.

While the egg is being cooked, spread the toasted bread with mayonnaise, mustard, and ketchup. Arrange the pickles and onion onto one of the pieces of bread. Place the bologna and egg over the onions, then top the egg with the American cheese and the remaining slice of bread.