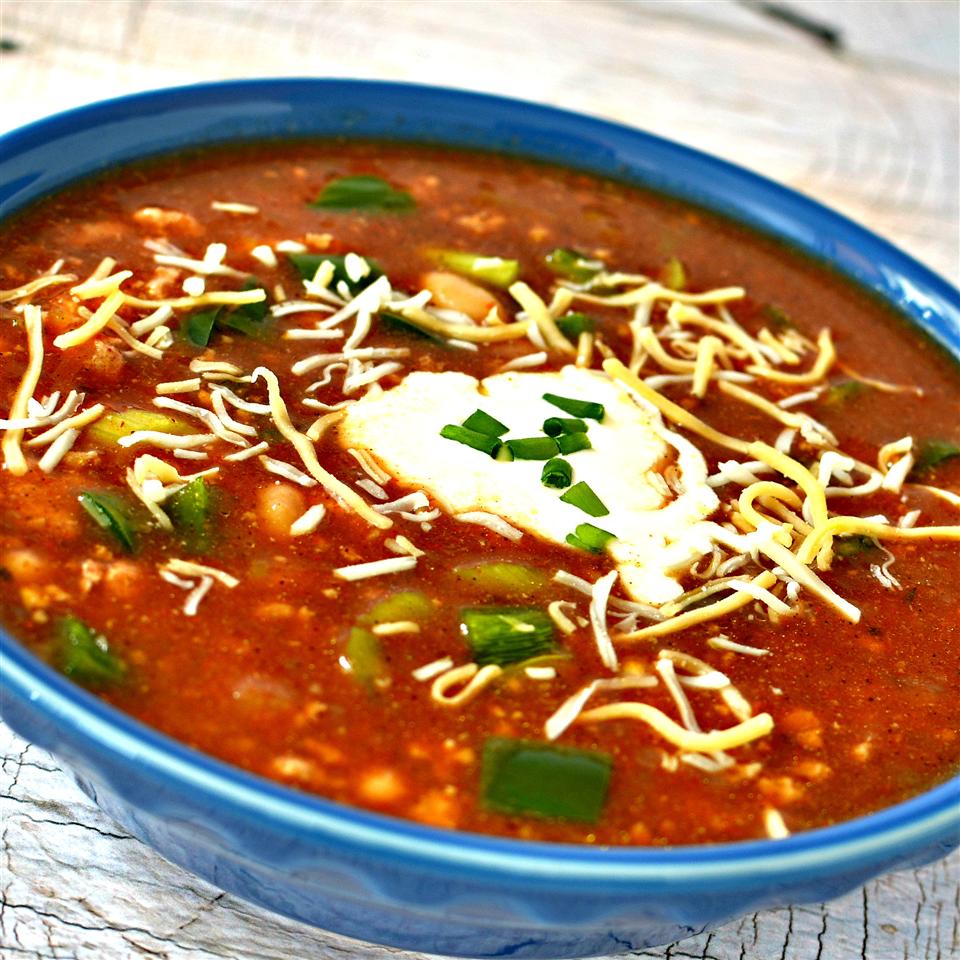 This delicious red chili has the right amount of kick and will warm you right up with ground turkey and veggies! Perfect with a beer, during a football game, on a cold winter night, or on top of a hot dog. This recipe is sure to please! Can be made on the stove top or slow cooker. Serve topped with fresh cilantro, green onion, shredded Cheddar cheese, and light sour cream on top with cornbread on the side.

In a large pot over medium heat, heat the olive oil, and cook the turkey until no longer pink; sprinkle the turkey meat with paprika, salt, and black pepper. Stir in the jalapeno peppers, onion, garlic, celery, green pepper, and chipotle peppers, then cook, stirring often, until the turkey meat is broken into crumbles and the onion is translucent, about 15 minutes.