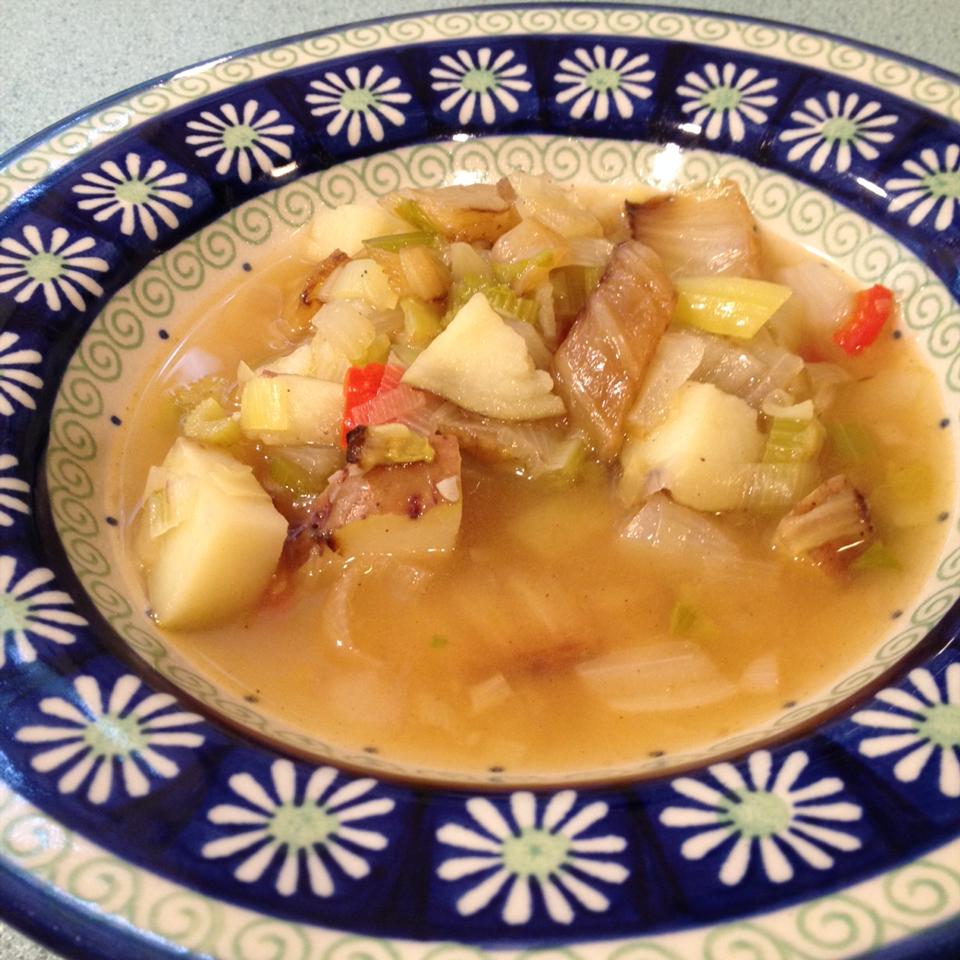 A hearty soup which is filling, tasty, and very easy to make.

In a large saucepan or soup kettle over medium-low heat, place the olive oil, leeks, celery, onions, fennel, potatoes, salt, and pepper, and cook and stir until the onions are translucent and the vegetables have begun to soften, about 10 minutes.

Pour 8 cups of water over the vegetables, bring to a boil, reduce the heat, and drop in the vegetable bouillon cubes. Simmer over low heat, stirring occasionally to dissolve the cubes, until the vegetables are tender and the potatoes have begun to thicken the soup, about 30 minutes.