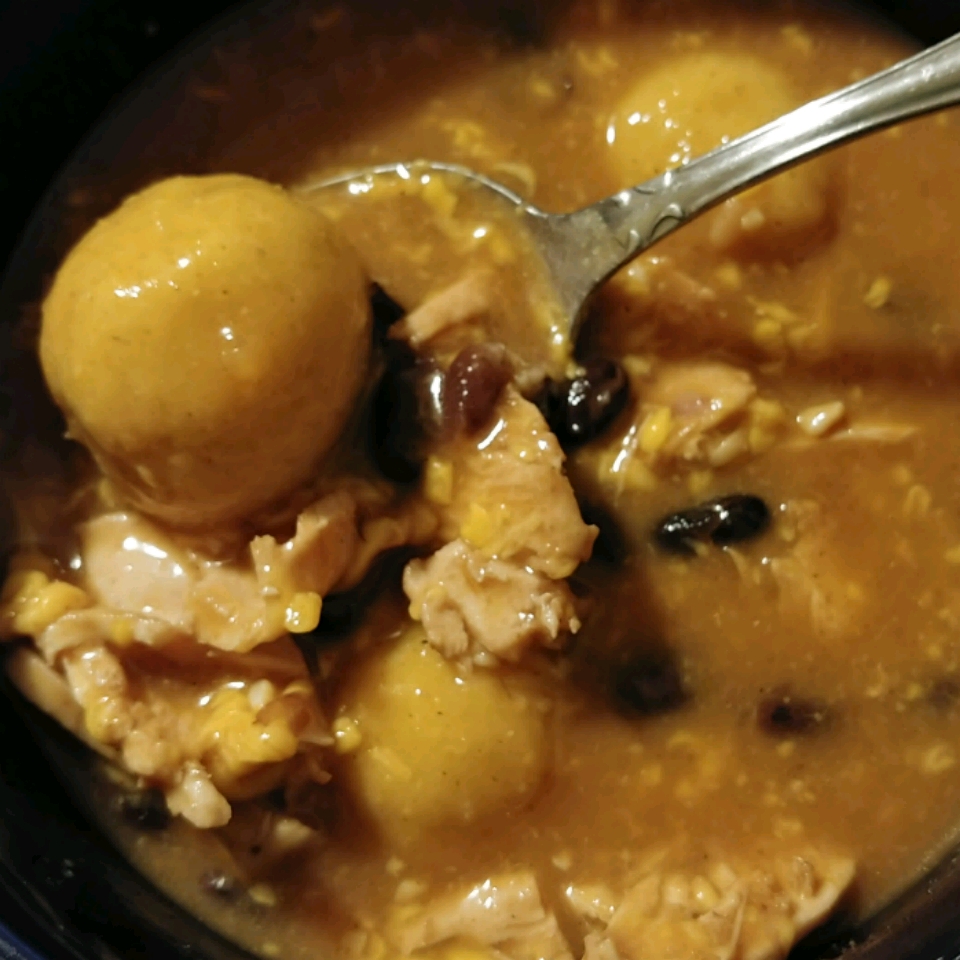 Bring a pot of water to a boil; cook chicken in boiling water until no longer pink in the center, 7 to 10 minutes. Remove chicken from water, let cool, and shred.

Heat oil in a skillet over medium heat; cook and stir onion and garlic until onion is translucent, 5 to 10 minutes. Add onion mixture, chili powder, 1 teaspoon salt, and cumin to the broth mixture.

Mix masa, 2/3 cup water, and 1/8 teaspoon salt together in a bowl until evenly combined; form into small balls. Add masa balls and shredded chicken to the broth mixture.

Cook until heated through and masa balls are cooked through, 15 to 20 minutes. Stir Cheddar cheese into soup until melted, about 5 minutes. Ladle soup into bowls and garnish with cilantro and sour cream.