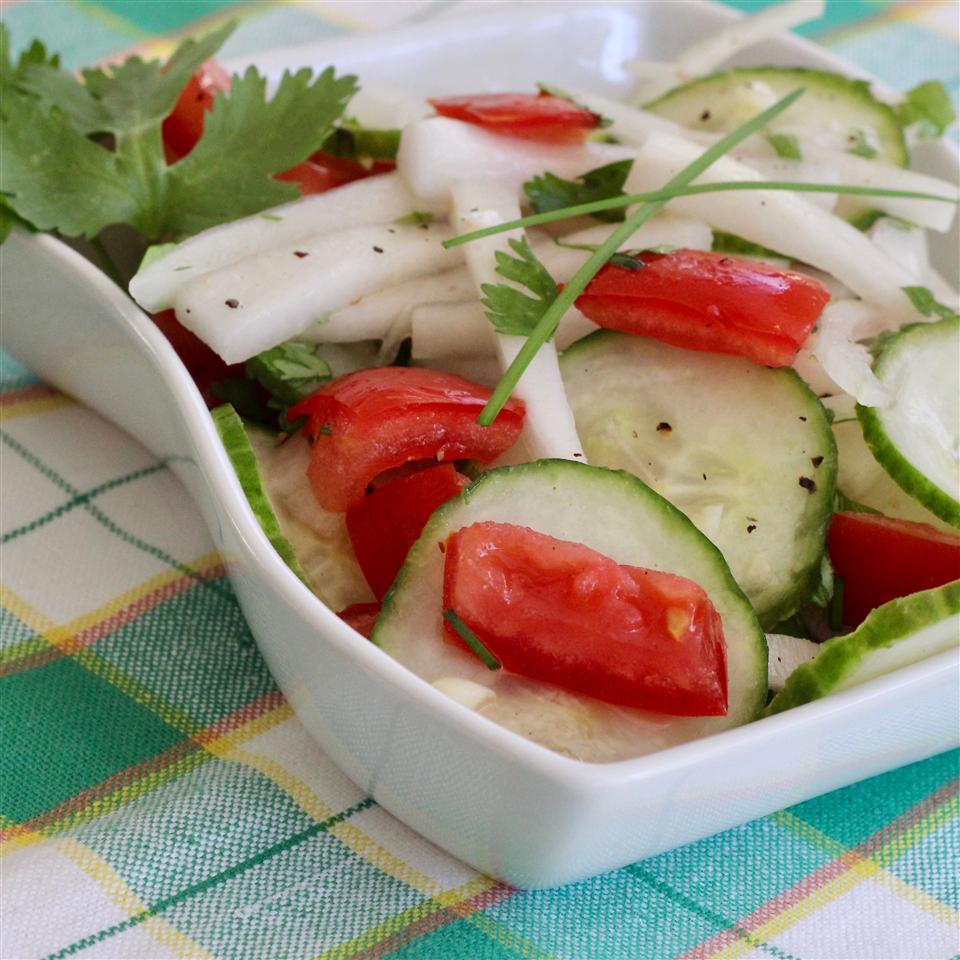 A cool summertime salad with ingredients from the Pacific rim. The salad has fresh herbs and a rice vinegar dressing. This salad can be served as an appetizer or a side dish. Use a mandolin to thin-slice cucumbers, radishes, and onion.

Stir rice vinegar, sugar, and bay leaf together in a small saucepan over medium heat; bring to a boil. Whisk the boiling mixture until the sugar dissolves completely; remove from heat. Discard the bay leaf. Season with salt and pepper. Set aside to cool.