Pasta Salad in a Jar 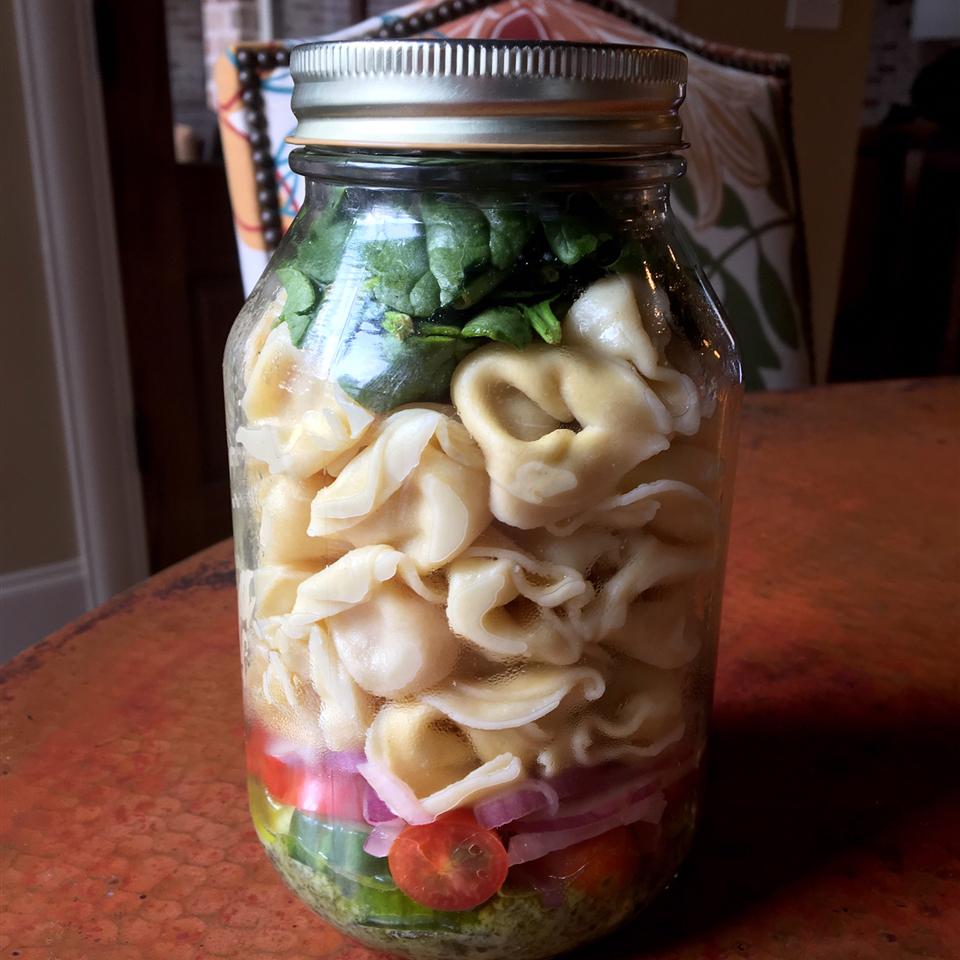 Whether you’re packing a picnic or just an office lunch, this Mason jar meal not only helps with portability but also portion control. Starring Three Bridges® Organic Spinach and Cheese Tortellini, colorful veggies, and greens, the final product is definitely Instagram-worthy. Store in the refrigerator for up to a week. When it’s time to eat, just shake well and serve!

Bring a large pot of lightly salted water to a boil. Cook tortellini in the boiling water until they float to the top, 5 to 7 minutes. Drain water. Place in the refrigerator to cool, about 15 minutes.