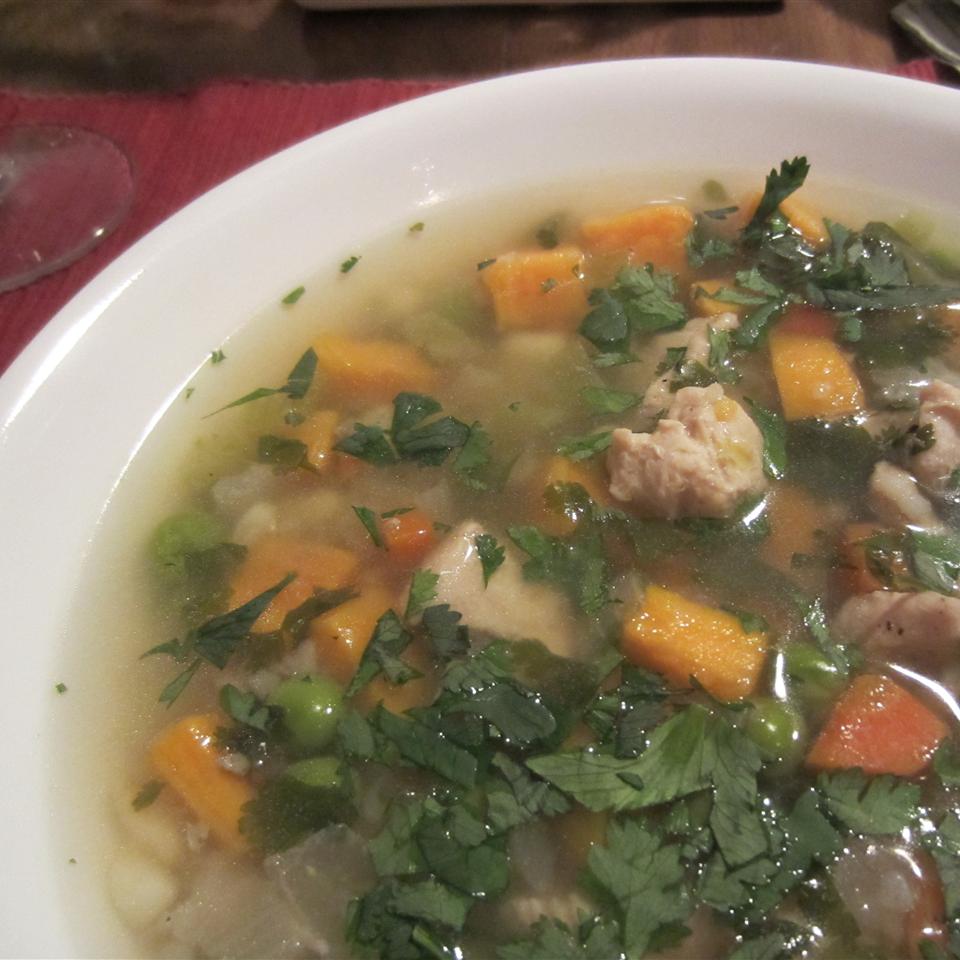 Season the chicken with salt and pepper. Heat the olive oil in a large, heavy pot over medium-high heat. Stir in the onion, garlic, and serrano chili; cook until the onion has softened, about 1 minute. Add the chicken, and continue to cook for 5 minutes.

Stir in the cilantro, peas, corn, and red pepper; cook for 1 minute. Pour in the chicken broth, potatoes, and rice. Bring to a boil, then reduce heat to medium-low, and simmer until the chicken is opaque and the potatoes are tender, about 40 minutes.