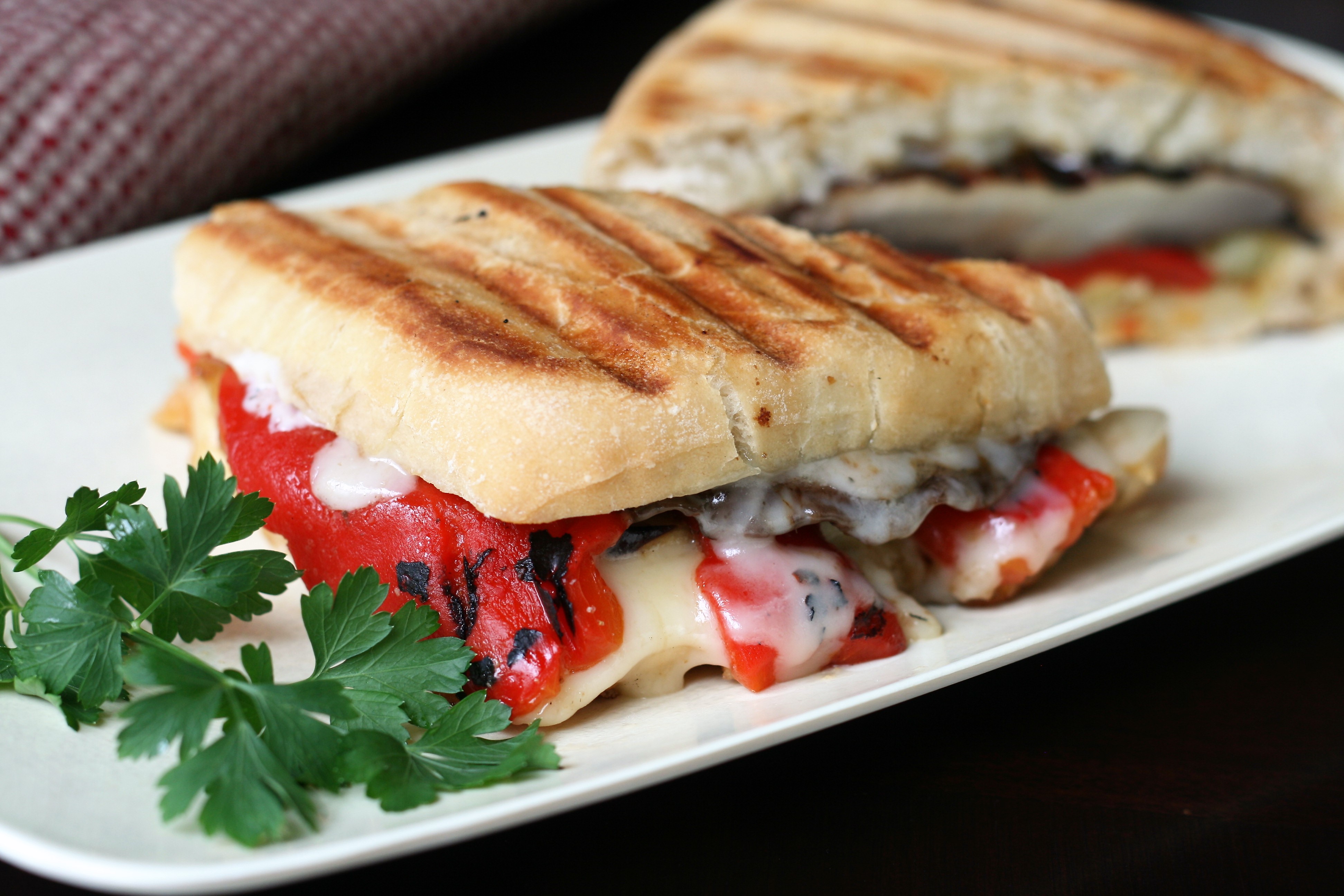 Preheat the oven’s broiler and set the oven rack at about 6 inches from the heat source. Line a baking sheet with aluminum foil.

Cut peppers in half from top to bottom; remove the stem, seeds, and ribs, then place the peppers cut-sides down onto the prepared baking sheet.

Cook peppers under the preheated broiler until the skin has blackened and blistered, about 5 minutes.

While peppers are cooking, place portobello mushroom caps into a resealable plastic bag. Pour in balsamic vinaigrette, squeeze out excess air, and seal. Marinate in the refrigerator, 8 hours to overnight.

Remove blackened peppers from the oven, transfer to a bowl, and cover tightly with plastic wrap. Allow peppers to steam as they cool, about 20 minutes. Once cool, remove and discard skins. Refrigerate 8 hours to overnight.

The following day, preheat an electric double-sided grill (such as George Foreman®) according to manufacturers' directions. Sprinkle eggplant slices with garlic powder and onion powder.

To assemble the sandwiches, spread all 8 slices of focaccia bread with a thin layer of ranch dressing. Layer 1/2 of the bread slices with a slice of Swiss cheese, an eggplant slice, a roasted pepper half, a portobello mushroom cap, and a slice of Asiago cheese. Top with the remaining bread.

Spray the double-sided grill with cooking spray, and cook the sandwiches until the cheese has melted, the sandwiches are hot in the center, and the bread is golden brown, 4 to 5 minutes.