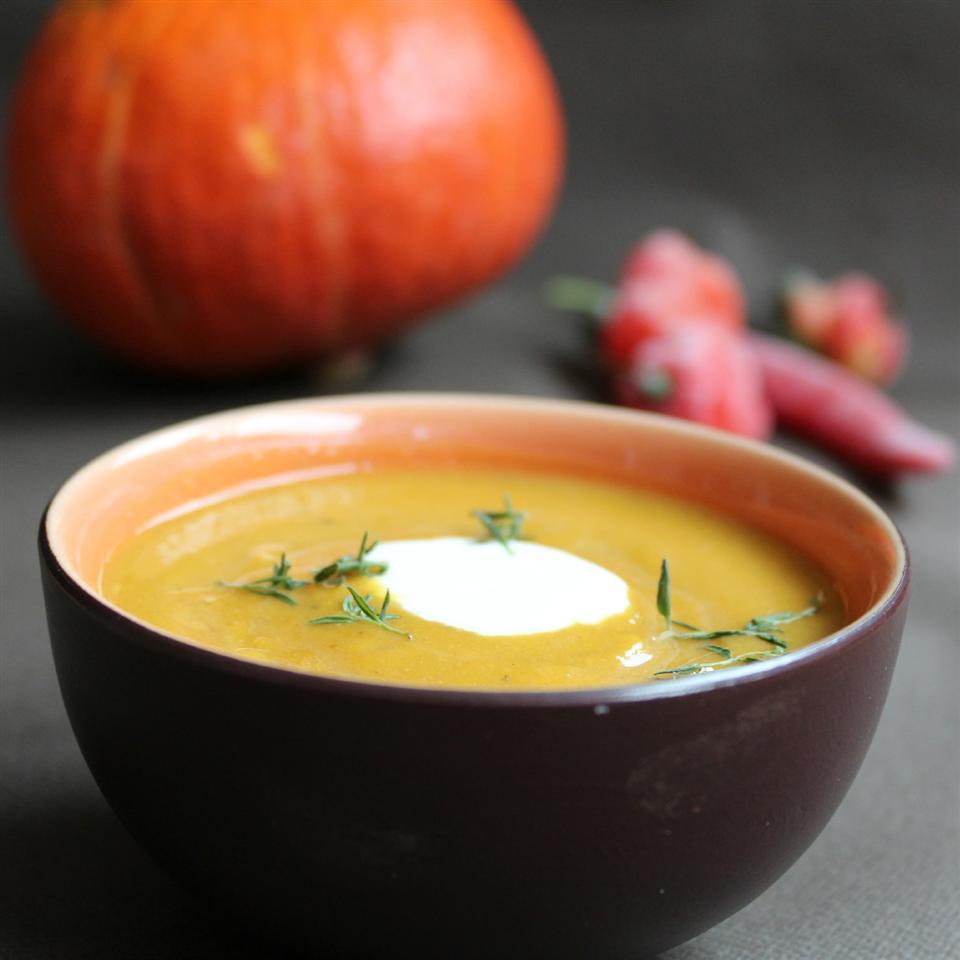 Sweet pumpkin, smoky chiles, and tangy buttermilk make this a great cold-weather soup. Be creative with substituting other spices (cinnamon, ginger, cloves, cumin, etc.) to change the feel of the soup. It’s great hot or cold with a bit of creme fraiche.

Bake the pumpkin on a baking sheet in the preheated oven until soft, 30 to 40 minutes.

Combine 2 cups chicken broth and chile peppers in a saucepan over medium-low heat; simmer for 30 minutes.

Melt butter in a large stockpot over medium heat. Cook and stir onion in the butter until caramelized, about 45 minutes. Transfer to a bowl.