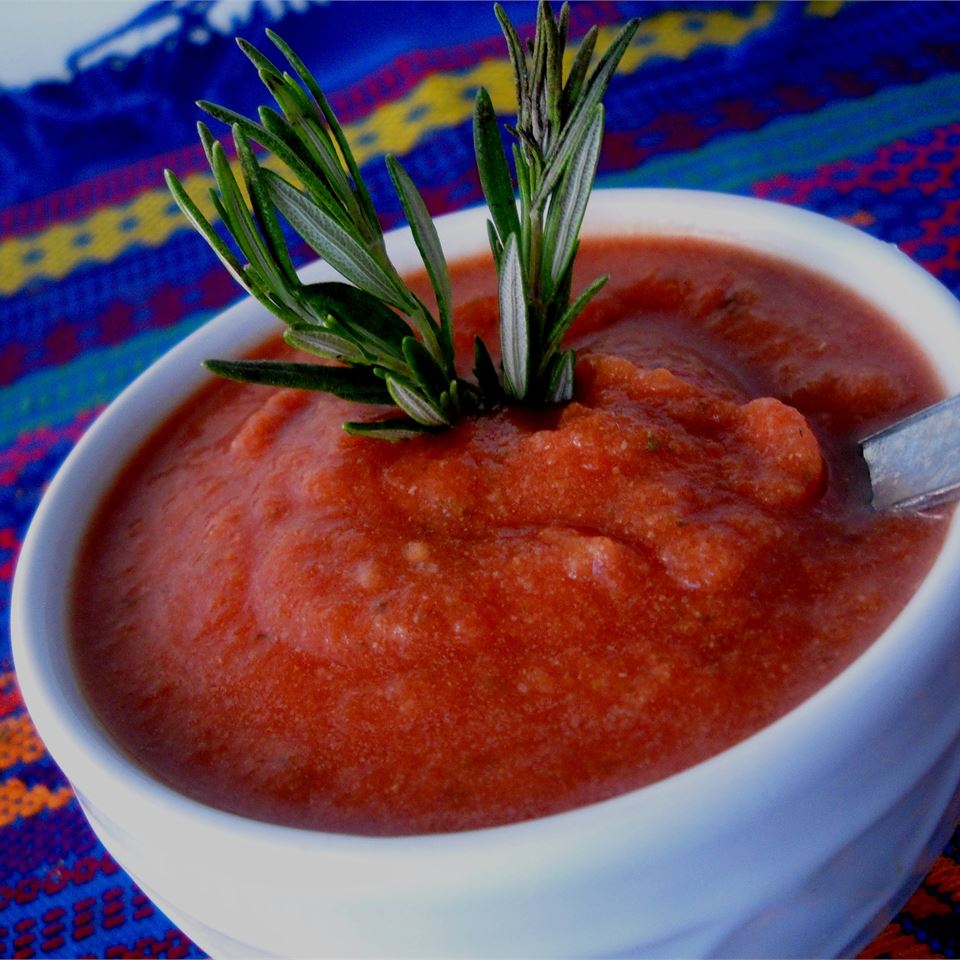 I just invented this recipe because I love rosemary and leeks together, and it seemed like a tomato-rosemary-leek soup would taste divine. And it did.

Melt butter in a large saucepan over medium heat; cook and stir leek, rosemary, and garlic until leek is tender and translucent, about 15 minutes.

Add diced tomatoes and cayenne pepper; bring to a simmer. Add minced basil; continue simmering until soup is reduced by half, about 1 hour.

Remove half of the soup and puree in a blender until smooth. Return pureed soup to the saucepan. Stir in cream to desired consistency. Season to taste with salt and ground black pepper.