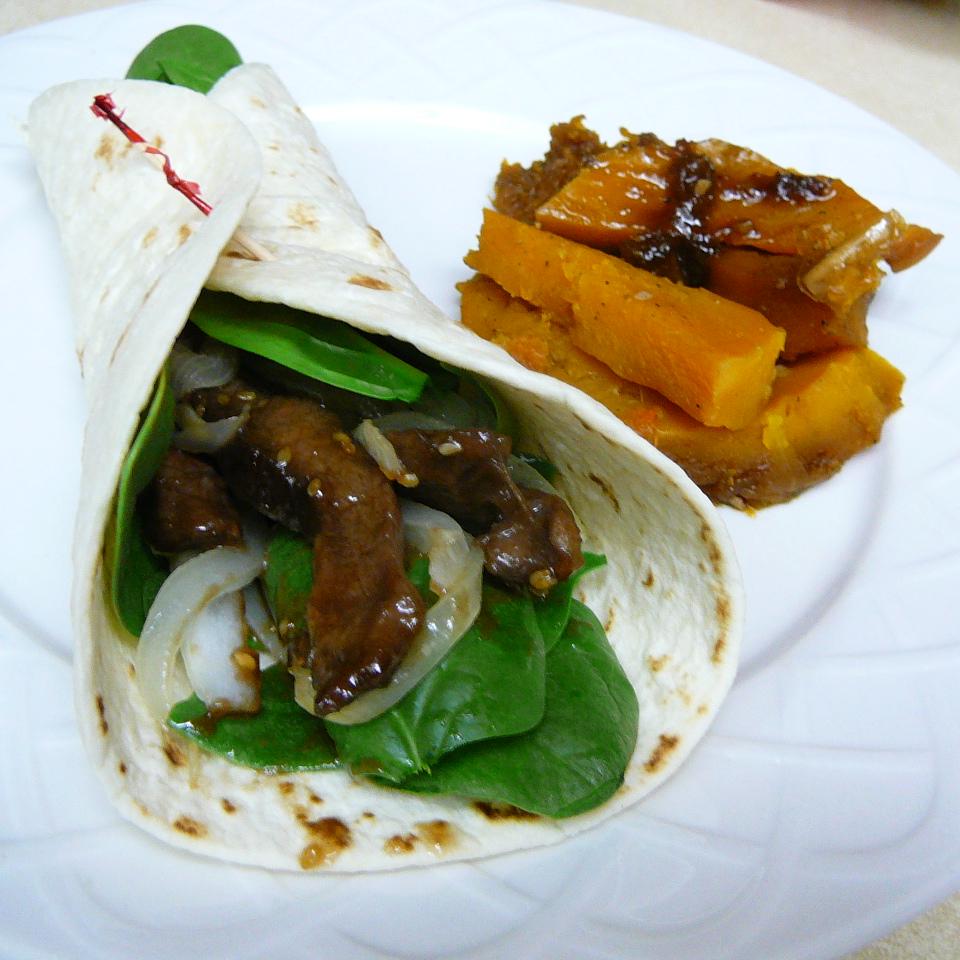 Thinly sliced beef is marinated in an Asian inspired lime-sesame sauce, cooked, then wrapped in tortillas with red leaf lettuce.

Heat a nonstick skillet until very hot. Pour beef and marinade into pan, and saute on high heat until steak is evenly brown. Remove beef with a slotted spoon. Continue boiling marinade until reduced by half, stirring frequently to prevent burning, about 5 minutes. Put steak slices back into marinade, mix well, and set aside to cool slightly.

Place lettuce leaves on tortillas, and evenly distribute steak slices between all tortillas. Fold bottom of tortilla up by 1/3, then tightly roll from the side until wrapped.