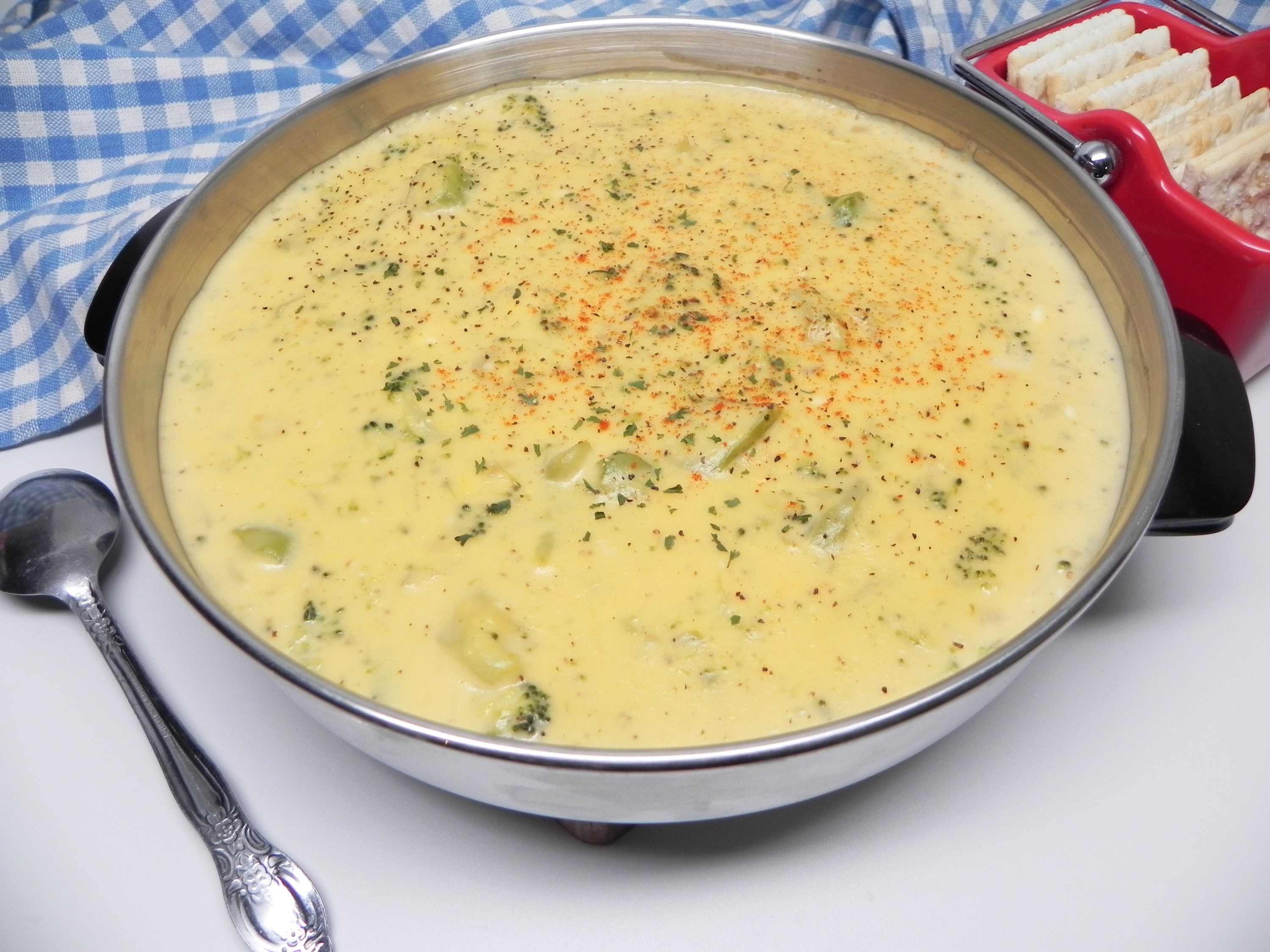 Yum, broccoli cheese soup and four cheeses, even yummier! You can’t go wrong with this comfort food! This is my own creation after hours of experimenting. There are a few steps involved before adding to the slow cooker, but it’s well worth it!

Combine onion and garlic in a food processor; pulse until minced.

Melt 2 tablespoons butter in a large skillet over medium heat. Add onion-garlic mixture and cook until it looks like sauerkraut and is just beginning to brown, 5 to 8 minutes.

Meanwhile, combine chicken broth and flavor packets in a bowl.

Transfer onion mixture to a 5-quart or larger slow cooker. Add remaining butter to the skillet and heat until melted and bubbling. Stir in flour with a wire whisk; cook and stir for 3 minutes. Slowly whisk in chicken broth mixture and season with salt and pepper. Cook, stirring constantly, until smooth and no lumps remain. Bring to a boil.

Add frozen broccoli to the gravy mixture and cook, stirring often, for 10 minutes. Use a large spoon to transfer broccoli to the slow cooker, leaving as much gravy in the skillet as possible.

Add processed cheese food, Cheddar, Monterey Jack, and cream cheese to the gravy; stir to combine. Stir in milk and cream. Transfer mixture to the slow cooker and stir until well combined.

Cook on Low, stirring once every hour, for 4 hours. Turn slow cooker off and let cool and thicken slightly before serving.