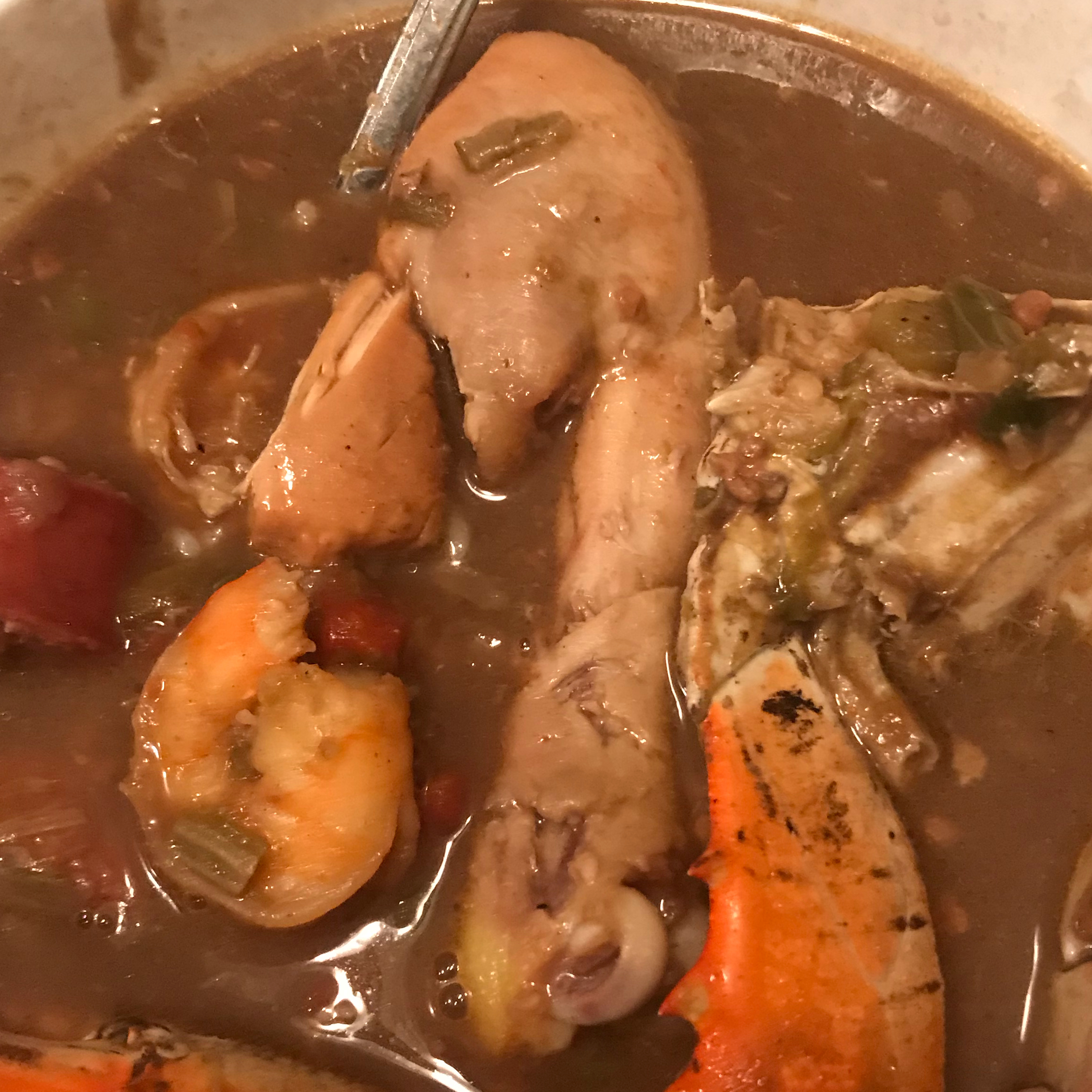 Lots of great southern-style ingredients in a hearty soup! Serve over biscuits.

Place the cream peas into a large saucepan, and fill with water. Bring to a boil, and reduce heat to a simmer; cook the peas until tender, about 45 minutes. Drain off the water; set peas aside.

Place the shrimp into a saucepan with about 1/2 cup of water, and bring to a boil. Cover, and simmer over medium-low heat until the shrimp are opaque and pink, 5 to 8 minutes. Remove cover, drain shrimp, and allow to cool.

In a large soup pot, place the cooked cream peas, chicken meat, ring bologna slices, halved onions, tomatoes, and green bell peppers. Pour in enough chicken broth to fully cover the ingredients, and bring to a boil. Stir in salt, black pepper, garlic powder, seafood seasoning, and hot pepper sauce. Reduce heat to a simmer, and cook the soup until the flavors have blended, at least 30 minutes. Add more chicken broth if soup is too thick. About 5 minutes before serving, stir in okra and cooked shrimp.