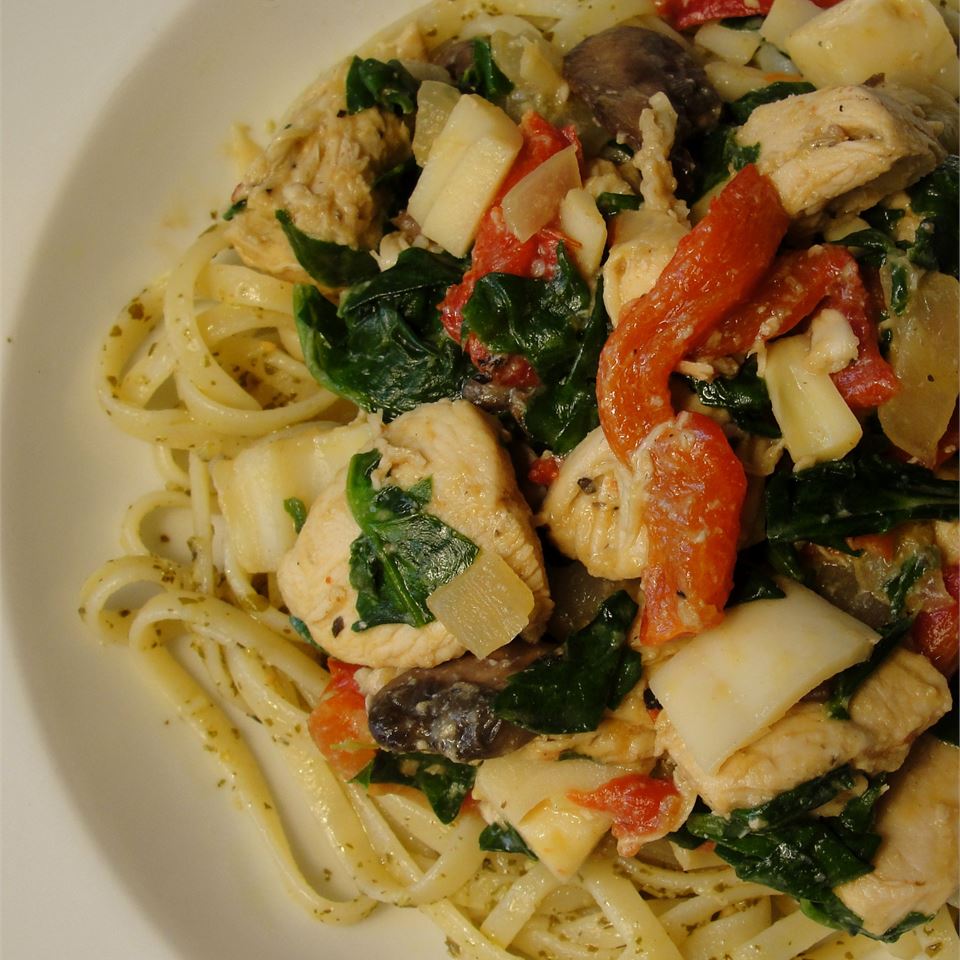 This is a great recipe that my boyfriend put together on a Sunday evening after a bike ride. You can’t go wrong with all of the flavors in this dish!

Fill a large pot with lightly salted water and bring to a rolling boil over high heat. Once the water is boiling, stir in the linguine, and return to a boil. Cook the pasta uncovered, stirring occasionally, until the pasta has cooked through, but is still firm to the bite, about 11 minutes. Drain well in a colander set in the sink.

While the pasta is boiling, sprinkle the chicken with salt and black pepper. Heat the olive oil in a large skillet over medium heat, and cook the chicken pieces until lightly browned, about 10 minutes, stirring frequently. Stir in the garlic cloves, mushrooms, roasted red peppers, and artichoke hearts; reduce heat to a simmer, and cook until the mushrooms begin to give off their juices, 5 to 8 minutes. Stir in the spinach, and simmer just until the leaves are wilted, about 2 minutes.

Transfer the cooked linguine into a bowl, and toss with the basil pesto. Divide the pasta between 2 plates, and serve topped with the chicken mixture. Sprinkle Parmesan cheese over each plate to serve.