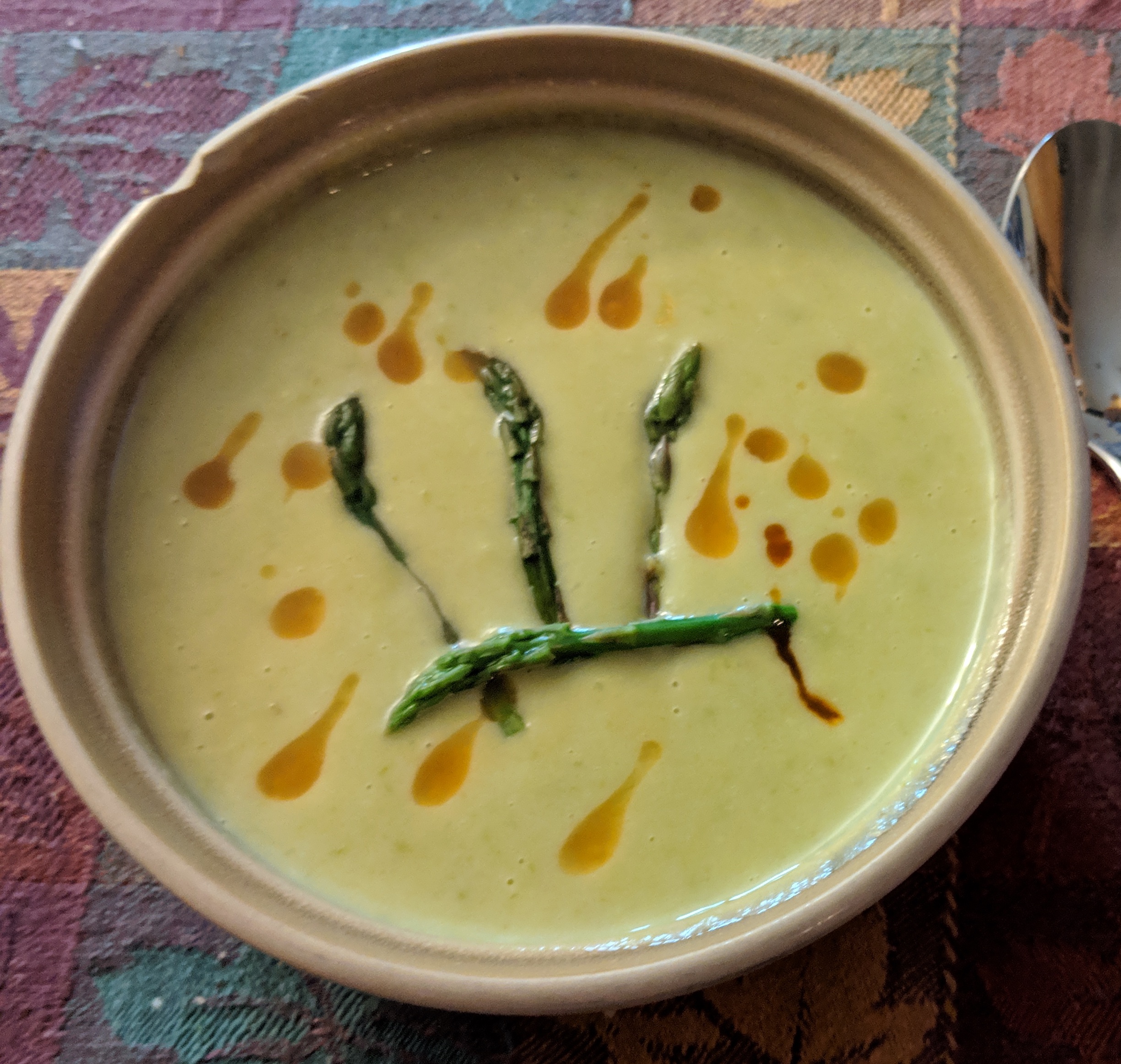 A very simple asparagus soup that adds a little kick to the standard recipe.

Melt butter in a large saucepan over medium heat.

Cook and stir onion in butter until translucent, about 5 minutes.

Pour chicken broth over onions and bring to a boil.

Stir in asparagus and potato; cover and cook until asparagus spears are tender, about 8 minutes.

Pour the soup into a blender, filling the pitcher no more than halfway full. Hold down the lid of the blender with a folded kitchen towel, and carefully start the blender, using a few quick pulses to get the soup moving before leaving it on to puree. Puree in batches until smooth and pour into a clean pot.