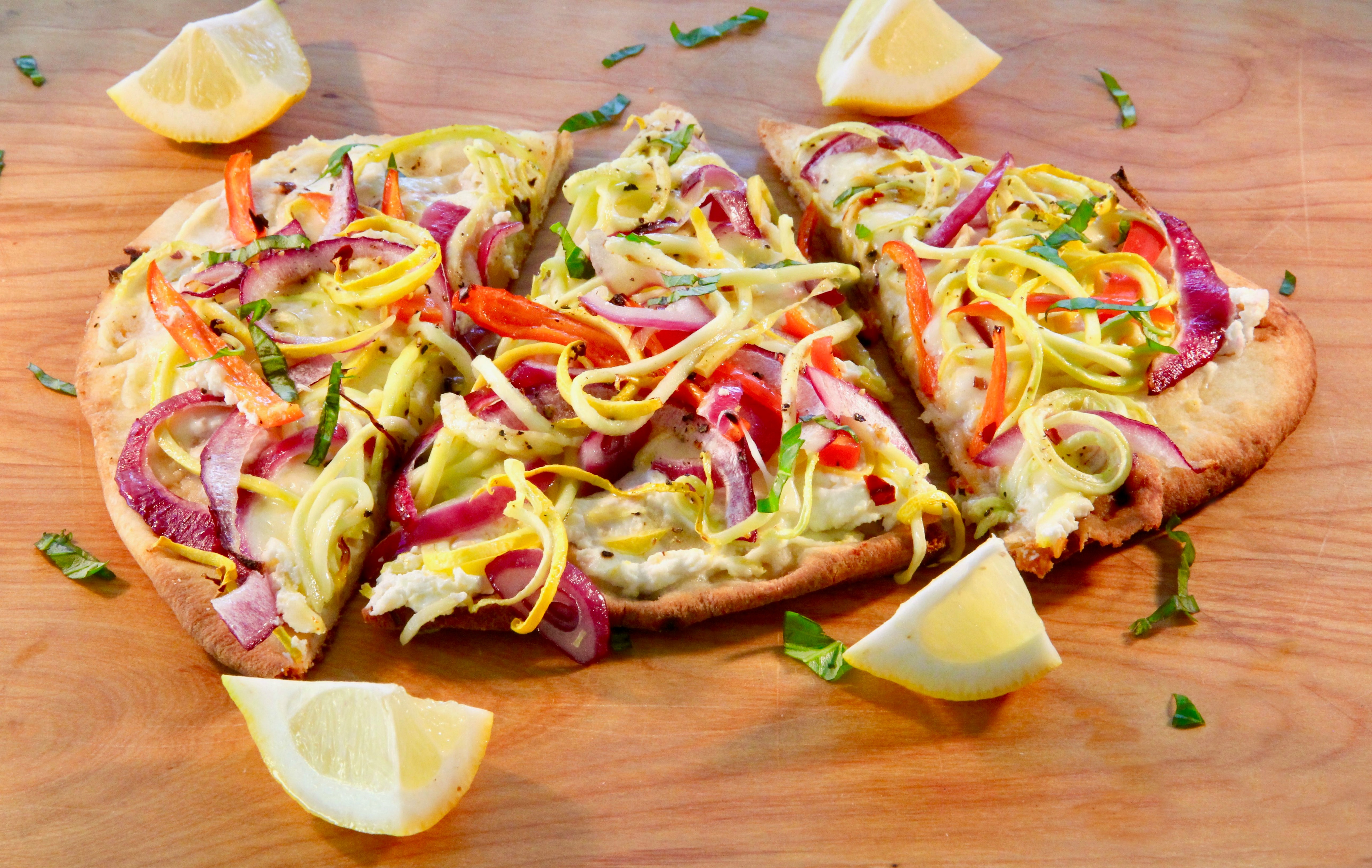 This tasty dish can be made with yellow squash or crookneck squash. The squash is spiralized and baked on a naan flatbread with a lemony-cheesy base for a new taste sensation. Style up a brunch, serve for lunch, or even cut into small pieces and serve as an appetizer.

Cut squash into spirals using a spiralizer (fitted with the large shredding blade).

Bake in the preheated oven until bottom is crisp and edges are golden brown, about 12 minutes. Garnish with bail and serve with lemon wedges.