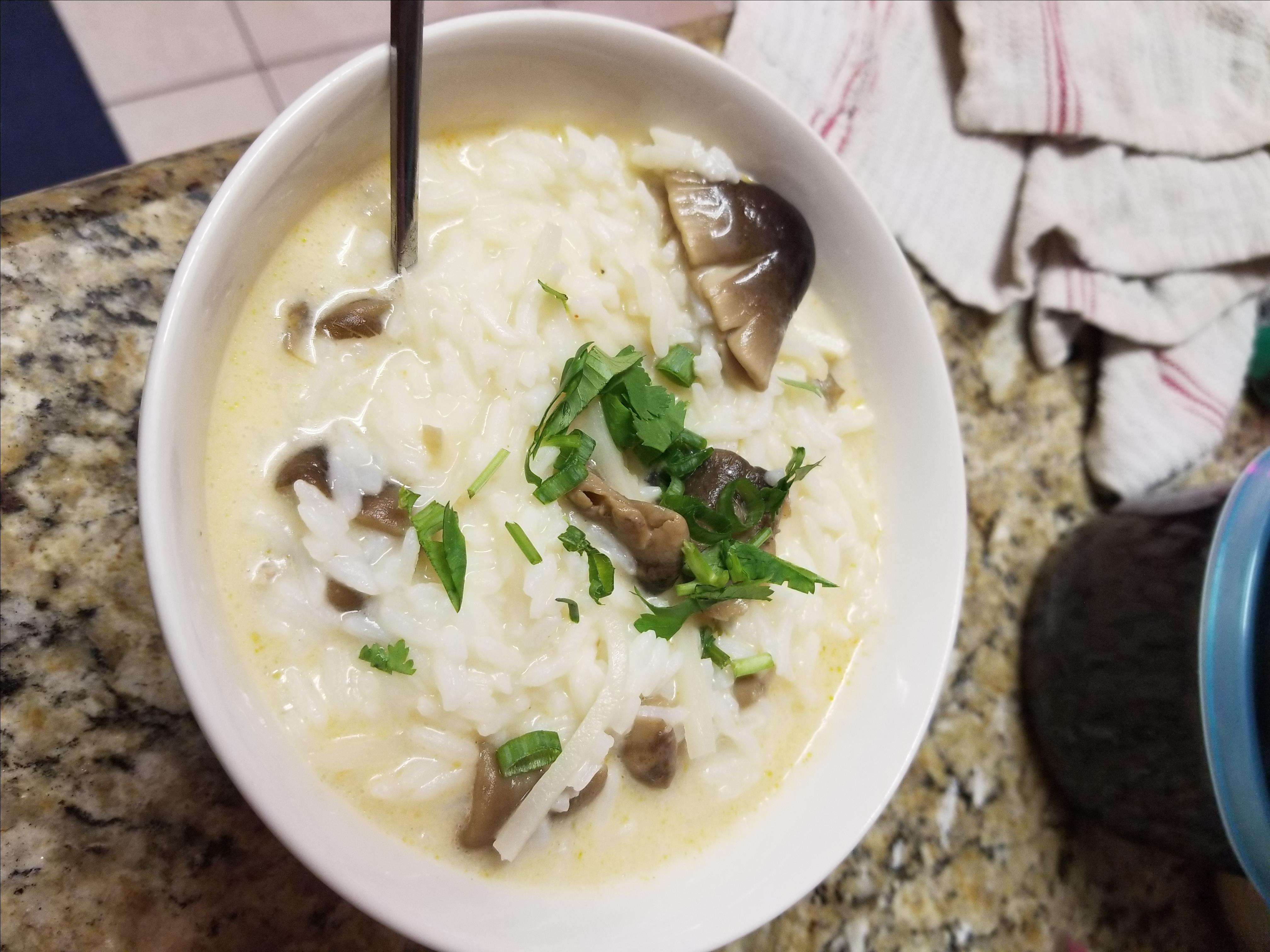 Add water, chicken breast and thigh meat, and ginger to the pot with green onions and cilantro; bring to a boil. Reduce heat and simmer for 15 minutes. Remove chicken and set aside. Remove and discard green onions, cilantro, and ginger.

Add tom yum paste along with straw mushrooms and bamboo shoots, liquid and all. Return to a boil.

Add chicken back to the pot along with coconut cream and fish sauce. Simmer until chicken is cooked through, about 5 minutes.