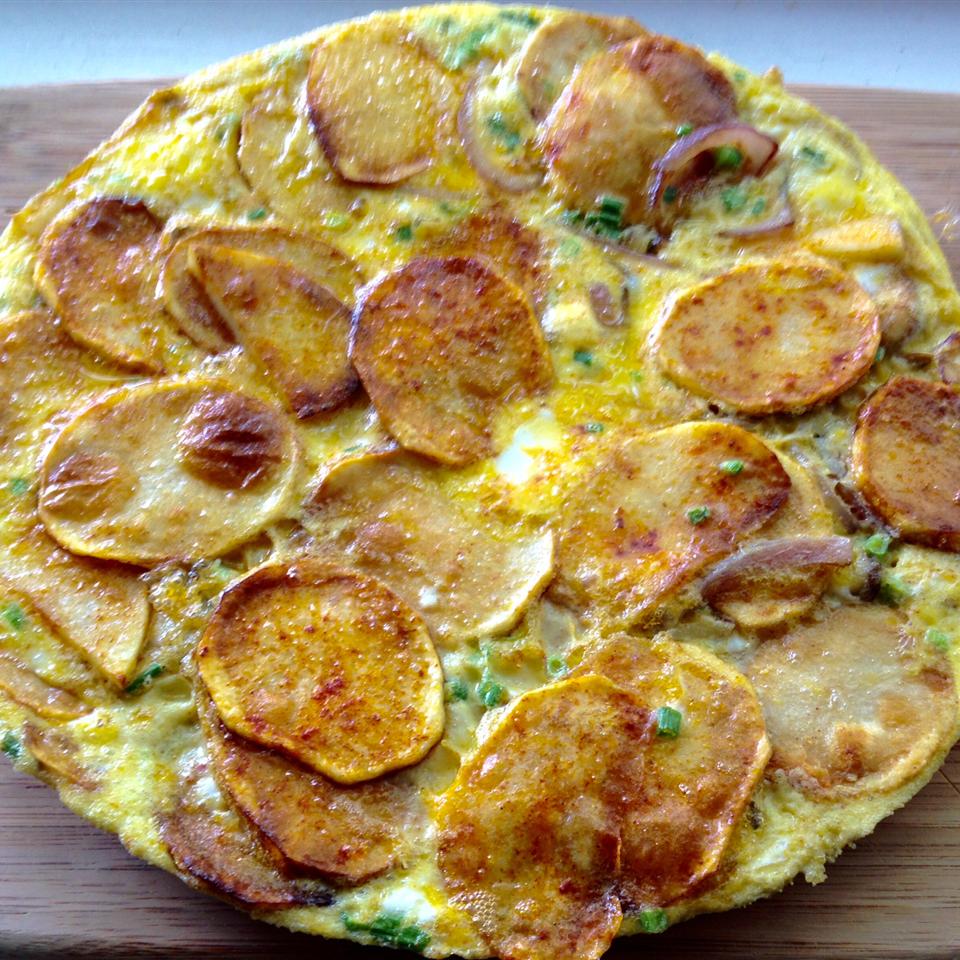 Tortilla Espanola is a dish I make all the time at home. My boyfriend’s family are Spanish, and he just loves this authentic dish. It’s easy to prepare and always a crowd pleaser. Traditionally this dish only uses only onions, potatoes and egg; however I like to add a little green, either parsley or chives depending on your taste. They’re both wonderful.

In an ovenproof skillet over medium heat, heat 1 tablespoon of olive oil until it shimmers, and place the potatoes into the hot oil. Season with salt and pepper, and sprinkle with smoked paprika. Pan fry the potatoes, stirring and tossing occasionally, until they are beginning to soften, about 8 minutes. Stir in the onion, and cook, stirring occasionally, until the potatoes and onion are slightly browned and the onion is translucent, about 10 more minutes. Take the skillet off the heat, and allow to cool for about 5 minutes.

Beat the eggs with 1 teaspoon of olive oil in a large bowl. Stir in the parsley, add the potato-onion mixture, and lightly combine.

Heat 1 tablespoon of olive oil in the skillet over medium heat until it shimmers, then gently spoon the egg-potato mixture into the hot skillet. Reduce heat to medium-low, and shake the skillet a few times to help release the omelet from the bottom of the skillet.

Slide the skillet into the preheated oven, and bake until the omelet is puffed and the top is golden brown, about 5 minutes. A toothpick inserted into the center of the omelet should come out clean. Cut the omelet into pie-shaped pieces, and serve hot.